If you’re just about ready to jump off a plane with a parachute strapped on your back – or have the chance to watch Luka and Stjepan from 2Cellos play live for you, I’d recommend that you pick the latter. Believe me, the adrenaline rush that you get from either option may almost be on par. However, there’s just something lovingly sinister yet deep and wise about the cello that makes you want to put that parachute down and listen.

The intriguingly crafted cello has always been, personally, my favourite instrument piece in the orchestra (what a coincidence). Not just the strings section of the orchestra but the whole ensemble. Yes, it trumps even the piccolo. Now, toss and mix the wondrous lull of the cello together with the crooning vocals evident in modern music, for example, Smashing Pumpkins’ “Disarm” to Collective Soul’s “The World I Know”. There’s absolutely no way the combination could go wrong. 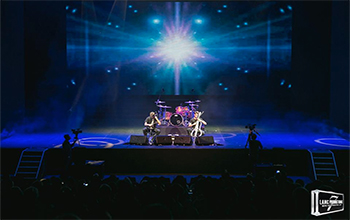 This is the formula that 2Cellos has adapted, and continue to adapt while using that ridiculously dapper and charming presence of theirs together with the instrument between their legs, to entice the audience, into a spectacular realm of Christopher Nolan’s fourth, fifth or sixth dimension. I’ve lost count. 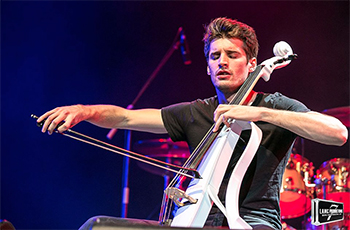 Take “Mombasa” for example. An accompanying track from the movie Inception, crafted by Hans Zimmer. When 2Cellos covered the song with backing drums to add the extra oomph, you tend to find yourself in a daze as you try to comprehend the varying degrees of sounds that are coming out of their cellos. 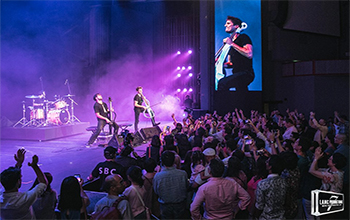 A generous amount of songs were played that night, ranging from Coldplay’s “Viva La Vida”, Muse’s “The Resistance”, Nirvana’s “Smells Like Teen Spirit”, to the closing song, Bach’s “Air on the G String”. What I’d really love to highlight however, are the two different personalities of Luka Šulić and Stjepan Hauser. It was translated beautifully onto their cellos, and you could see enough passion on each of their classically trained faces how much they were pouring their emotions with every hair on their bow that snapped. 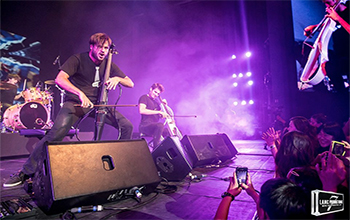 Luka had the bass covered for most of the tracks while Stjepan showcased his lively antics in bringing the melody out of his songs. They both have personal unique styles which complements two characters that bounce off in a dynamic banter. One would not have sustained the intensity without the other and this makes 2Cellos an absolute pleasure to witness and watch.