Upon reaching the concert hall, the venue was already packed with mostly young female teenagers. I have to admit, at my age, I honestly felt out of place with my immediate surroundings. I’ve been to the Star Theatre a couple times in the past to catch various shows and most acts don’t disappoint. I have definitely been looking forward what 5 Seconds of Summer has in store for everyone that night. 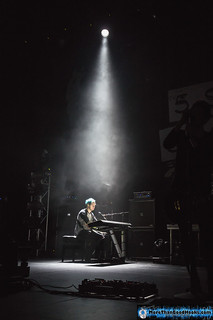 The band does not need any introduction at all. The Australian pop rock group has certainly made a name themselves in the music scene in their hometown of Sydney, and also internationally. Sold out headlining concerts isn’t all there is under their belt, did I mention that they have also toured with the boys from One Direction? 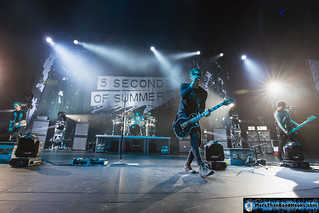 As the screaming started, fans were mobile phone ready, there were even glow sticks and fan-made banners in the crowd. The lights went off and you can see the Michael on the keys while his fellow bandmates make their way through the stage and began playing the first track, “Carry On”. 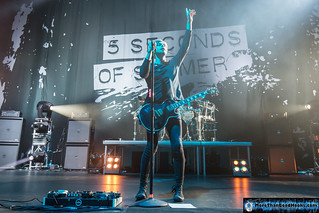 They were nothing short of superior as frontman Luke Hemmings belted down the lyrics, with top-notch instrumentals by the band, creating an atmosphere of escape for everyone. As “Disconnected” came to an end, Hemmings exclaimed, “Singapore, how are we doing tonight?” Indeed, he took the opportunity to thank every single member of the audience for coming to their very first show in the country. 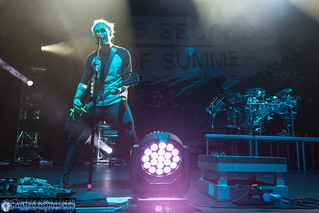 Michael joked with the young crowd, telling them that he has been to Singapore numerous times before, and was most recently here playing with (renowned guitarist) “Steve (Vai)” on his last visit. The crowd had no clue, but was laughing at everything he said. The screaming then turned to a comfortable silence when Calum and Luke started on an intimate and illuminating performance of “Amnesia”, and “Beside You”. It was perfection at its best and you could hear everyone’s heart beat as one for the touching track. 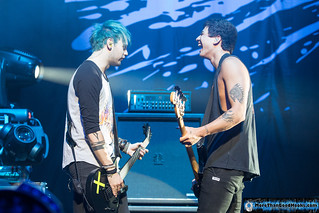 The Aussie quartet diverted the attention from the main show as they engaged in an impromptu piece crafted for the nation which goes, “Sing, sing, sing, Singapore”, which I found to be really catchy. It was evident to me that they made themselves feel at home. 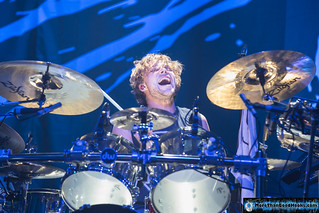 “She Looks So Perfect” sealed the deal, ending the 18-song concert on a high note. It’s pretty amazing to see and witness how the band has risen over the years. My experience from this gig? To bring earplugs because those fans can really scream! On the positive side, they put on such a good show and left fans holding on to their promise of returning to Singapore as soon as possible.