The Coliseum has played host to many renowned international acts and I’ve been here to witness quite a couple but no doubt this is the first time that a barricade was no where in sight; there was no gap nor distance between the stage and the audience. The place was however filled with a diverse demographic of audience, both locals and expats consisting of the young and the old, all here to witness LA-based singer-songwriter Christina Perri’s second show in Singapore since she last performed here on our shores back in 2012. 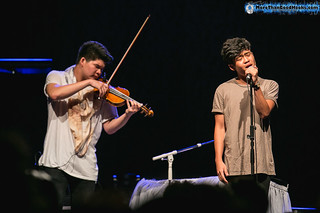 Joel Tan, most famously known in the local scene as the elusive Gentle Bones warmed up the night in a simpler stripped down line up together with violinist Josh Wei and Naz on keys, performing tunes such as “Settle Down” and “Elusive” from his recently released self-titled EP. With the success of “Until We Die” which recently crossed 310,000 views on YouTube, it’s been insane at the shows with so many fans coming down and knowing the words to his music – even at Christina Perri’s, it was no different. 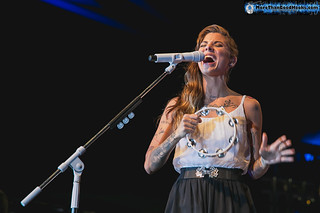 A quick switchover saw Christina Perri grace the stage with an upbeat medley of “Trust / Shot Me In The Heart”, both from her latest album Head or Heart, which sure got the audience off their feet.

Making a slight pause, Perri went around the stage and asked each section if they were having a good time. As everyone shouted in affirmation, Perri, grinning and jumping in a circle, yelled, “Me too!”

Perri sure knows how to hold on to the crowd’s attention throughout the show and totally took full advantage of their commitment to her music. The multi-talented musician switched between piano, guitar and microphone, keeping the connection by initiating sing-alongs with the crowd with her own pieces. She also covered The Chordettes’ “Lollipop” and Coldplay’s “A Sky Full of Stars”, whilst slotting in fan favourite “A Thousand Years” to get the crowd swaying and singing at the top of their lungs. 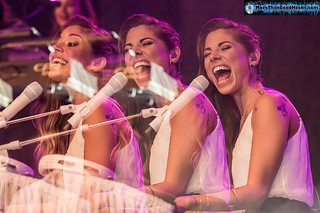 While a great performance has to come to an end, Perri who is known for her emotional pieces reveals that five years ago she was working at a café and the birth of the next song completely changed her life from a 9-5 waitress to a 24/7 chart topper. With that she began another massive sing along with “Jar of Hearts”, followed by a selfie with the Singapore crowd, ending a memorable night for all at the Coliseum. 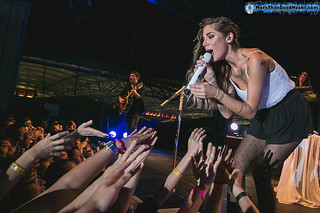 “This is the happiest song ever written in my life”, said Perri before starting the song, “Be My Forever” which was written together with good friend Ed Sheeran, whom she will be touring with in the US after the Head or Heart Tour. Perri must be excited about the tour as she goes on with another cover, this time none other than Ed Sheeran’s “Thinking Out Loud”. 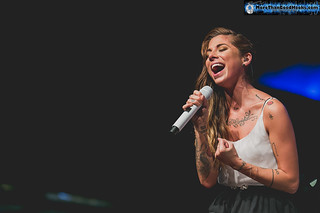 So many moments in the 90-minute concert has made it easier to understand why fans are drawn to Perri and her music. She brought about plenty of positivity and good vibes on stage, in an encouraging and endearing manner. This special connection has gotta be the magical part of her show and hence I understood why that the barricade was the best thing that was non existent that night. It’s also good message to everyone that songs need not always be melancholic for people to identify with; Perri sure has her own way.