UK-born Australian singer Jess Kent kicked off the evening performing “Trolls” and “Bass So Low” and managed to keep the crowd entertained before Coldplay took the stage. Despite her short set, it was evident that those who were anxiously sitting, watching, and waiting were immediately taken by her enthusiasm. Dream big, she did and she now sees herself touring with one of the biggest bands on the planet. 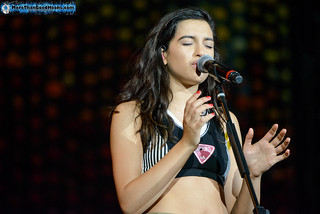 In a fitting confetti explosion, the night really began on a high note with an enchanting performance of “A Head Full of Dreams” and could only be described as an exhibition of poignant sonic mastery, visual extravagance and some fairytale bliss. 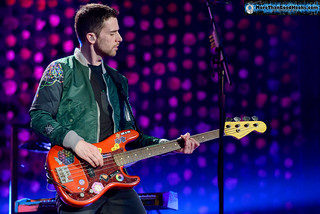 Made up of lead vocalist and keyboardist Chris Martin, lead guitarist Jonny Buckland, bassist Guy Berryman and drummer Will Champion, Coldplay last performed here in 2009. Fast-forward a good eight years and the British quartet is resuming tour in promotion of their platinum-selling seventh studio album A Head Full of Dreams and back in Singapore for the fourth time, with their first show of the year. 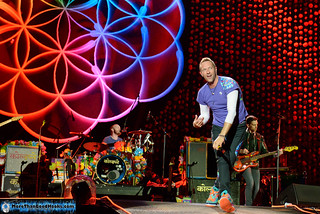 For the first of two sold-out nights, the band came prepared and determined to ensure that everything went off without a hitch – from Will harmonizing Chris’ vocals with steely grace behind the kit, to shimmery-sleeved bassist Guy’s impeccable rhythm to Johnny’s blistering work on the guitar. The prankish and light-hearted camaraderie between the four of them was accompanied with the futuristically ferocious hits, hooks and reach of the band’s arena-worthy catalogue. 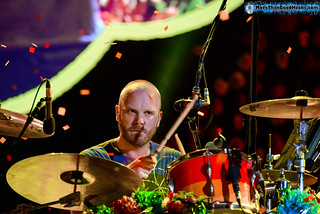 The entire venue was covered in technicolour lighting, thanks to the wonderful technology of xylobands, resulting in a figurative sky full of stars. The individually-programmed straps around everyone’s wrists complemented the lighting effects and laser displays seamlessly. Leave it to Coldplay to figure out a way to unite an audience of more than 50,000 – high up above (in the nosebleed sections), or down below (on the floor). 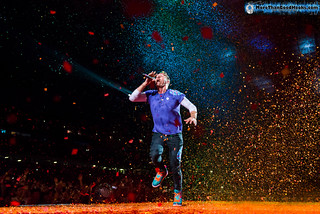 Chris, decked in his usual sky blue shirt over a white long-sleeved one, complete with tie-dye patches and colour spectrum iron-ons, charismatically strode and leaped onto the constructed 50-yard runway which extended further onto the stadium’s floor. The quartet made use of the massive space and three stages adeptly and it was such a heavenly view, indeed.

The stripped down “Everglow” was one of many special moments of the night with Chris urging everyone to send out some good energy into the world and ended with a clip of Muhammad Ali being interviewed after a match in 1977.

“God is watching me. God don’t praise me because I beat Joe Frazier. He wants to know how do we treat each other, how do we help each other. So I’m going to dedicate my life to using my name and popularity to helping charities, helping people, uniting people… we need somebody in the world to help us all make peace. So when I die, if there’s a heaven, I want to see it.”

That, to me, very accurately embodies the message behind the band – one of all-encompassing acceptance, optimism, and love. 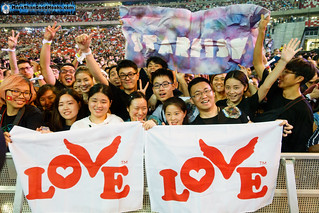 The anti-rockstars (FACT! 10 per cent of Chris Martin’s and the band’s income is humbly channeled towards multiple charities) conveyed that same message of inclusion and positivity throughout their performance, even before it began! The Love Buttons, which were given out to everyone prior to the show, symbolizes the power of love to heal the world.

Formed in 1996, the foursome put on a masterclass in stadium rock and pulled out all the stops of a jaw-dropping extravaganza-slash-rave-slash-concert. It is no wonder they have managed to rack up a whopping 32 Grammy nominations in their 21-year career. 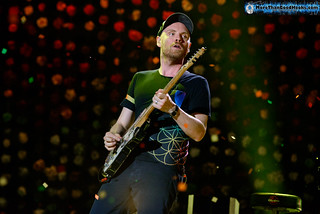 The setlist included most of their hits like “Yellow”, “Paradise”, “Fix You” and “Up&Up” as well as the guilty-pleasure “Something Just Like This”, which they first performed live at the BRIT Awards with The Chainsmokers. They also paid tribute to the late David Bowie by covering “Heroes” and played “‘Til Kingdom Come”, which was requested by a fan. It was clear that everyone’s hearts were beating to their favourite songs. 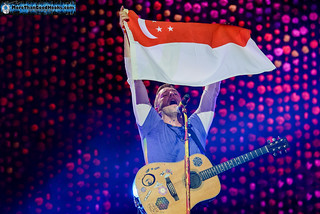 “Every Teardrop Is A Waterfall” saw the singer raising a Singapore flag at ‘But still I’ll raise the flag’, resulting in a resounding echo of cheers throughout the venue. The LGBT flag was also represented during “Viva La Vida” when Chris took it from an audience member and it remained tethered to his jeans until the end of the night.

Midway through the set, Coldplay moved to the ‘C’ stage to serenade those further away from the main stage. Even when the down-to-earth frontman slipped up, he very humourously dismissed it, telling us not to put it on YouTube in order to “maintain the illusion of professionalism”, before diving back in.

“Thank you for giving us this amazing day,” Chris proclaimed genuinely. Right back at you, my friend. 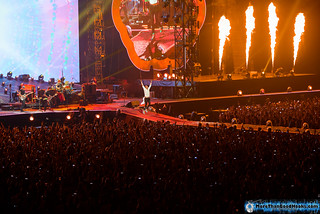 The pyro blasts during “Hymn For The Weekend”, the aesthetic perfection and programming mastery that was witnessed throughout the set, the flawless crowd control throughout the event, the faultless audio; all the boys, all the girls, all the madness that occurred – if you had any doubts whatsoever coming into the National Stadium Friday night, Coldplay, their crew and the event organisers put them all to rest in the span of two hours.

You could call it magic.