Before the band graced the stage, a crew member was seen walking around it with an incense stick, even circling Chris’ mic at one point, enveloping the venue in a rich and pleasantly musky ambrosial fragrance. The unusual pre-show ritual set the scene for the epic night which was to come.

Made up of singer-songwriter Chris Carrabba, bassist Scott Schoenbeck, lead guitarist Armon Jay and drummer Ben Homola, The American emo quartet from Boca Raton, Florida, put on a show of emotional intensity and hair-raising furor, encapsulating their fans who, from the grass to the grave, will love them still. 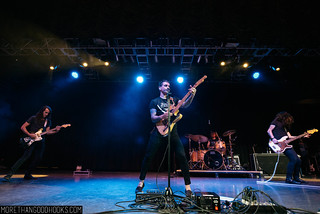 You would think that they’d leave “Vindicated”, which comes off Dusk and Summer, their fourth studio album, for last, as it is, arguably, one of their most recognisable songs. However, opening the set with it seemed to work. Their diehard fans sung along throughout the night and their enthusiasm never once wavered; I would say the joke’s on me, as I always questioned the decision of opening instead of closing out the set with the song which propelled them into mainstream success. 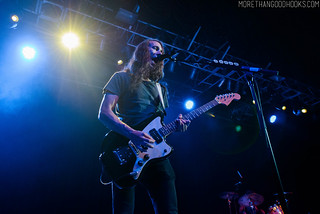 Spanning their 18-year career and six studio albums, the emo heroes played songs like “The Swiss Army Romance”, “The Places You Have Come to Fear the Most”, “Screaming Infidelities”, and a new one titled “Heart.Beat.Here“, during which they recorded everyone’s vocals, alongside crowd favourites such as “Stolen” and “Don’t Wait”. The band also injected a bit of humour into their nostalgic 90-minute performance, and even indulged in two covers: Justin Bieber’s “Love Yourself” as well as The Cure’s “Just Like Heaven”. 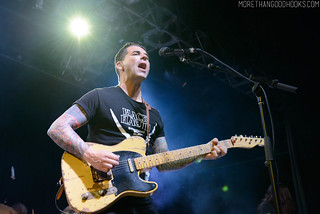 “I don’t know if you guys are like us but I think I speak for everybody on this stage and maybe some of you out there, that never felt like they belonged anywhere until the music scene found them, right? This is kind of a song about sticking together, and taking care of each other; it’s called ‘We Fight’,” Chris introduced before performing the new song, which can only be described as the ultimate anthem for misfits.

You have clearly stolen my heart, Chris.

In between holding notes for over 20 seconds and busting out some jumping jack-esque moves, the frontman, who donned a Black Flag shirt and skinny jeans, also took some time to inform the audience that a new album is in the works, and it’s taking a while to complete it because they’re actually producing it themselves, without anyone else’s influence. Seeing that this would be their first original material since 2009’s Alter The Ending, I’m sure the news left everyone excited for what’s in store for them in the near future. 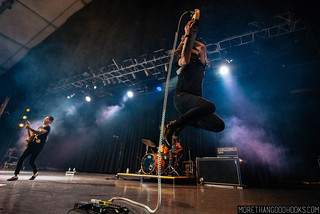 The band gelled well musically, with AJ pulling off swaggering, pyrotechnic solos while moving haphazardly and passionately all over the stage, and Scott pumping out jaunty basslines, only to be made even more prominent when accompanied by Ben’s finesse behind the kit. And Chris is just someone who knows how to incite feeling both from careful whispers and gnarled yelps.

Overall, their performance embodied an enviable balance of tone, volume, and clarity, with the somewhat mysterious vocalist thriving amidst an air of intrigue. His lyrical ingenuity and undeniable songwriting chops were only bolstered by saccharine and emotionally pleading verses. It was uncanny how their lyrical content can be likened to one of the tortured guitars he used, which seemed to cause slight discomfort as the worn out instrument kept scraping against his inked arm. 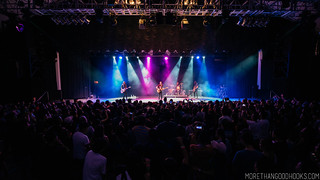 “This song’s about the best day I ever had,” Chris proclaimed before they concluded the set with their hit song, “Hands Down”, which was initially recorded on the band’s second EP and later released on their third studio album, A Mark, a Mission, a Brand, a Scar.

After reveling in the crescendo of the song’s last minute, and AJ and Scott rolled around on the stage floor, they took their leave, and the foursome left us yet again.

And with that, another sun-soaked season fades away.