The annual-anticipated event arrives sooner than we expect, year after year in the month of September. Singapore Formula One Grand Prix, for the ninth year running has been the highlight of our country annually, welcoming tourists from all over the world to celebrate the prowess of Formula One cars hailing from across the globe. For those who are not so much into watching the race have the liberty to watch the concerts lined up for the three-day event. I’m one of those who visit the event for its performances, and this year’s was even more amazing than the last.

I remember watching Bon Jovi after waiting so long since they last cancelled their plans to perform in our sunny island and so I thought, what could possibly top that? And then we were greeted by the lineup for the 2016’s concert and I was lost for words. Firstly, KC and The Sunshine Band and all that was going on in my head was ‘DISCO NIGHT’ and the name that came after. What a coincidence really as I had “Princes of The Universe” playing on Spotify while reading the lineup. I let out a loud gasp on the crowded bus and called the first available person I could to share my excitement. I told my dad that Queen is coming here for the F1 concerts and he asked “Paul Rodgers or Adam Lambert fronting the band?” and I said “Adam Lambert”, to which he replied “As much as Paul Rodgers has amazing pipes, Adam Lambert will kill it on stage.”

I cannot imagine having to watch Queen and KC and The Sunshine Band. It was literally a night of a ‘Blast From The Past’ where the evergreen oldies are the usually songs that are revisited on a daily basis, be it “I’m Your Boogie Man” or even “Bohemian Rhapsody”. I was having butterflies in my stomach because the night felt so surreal. The double bill of the amazing oldies, something my parents crooned to when they were my age then. 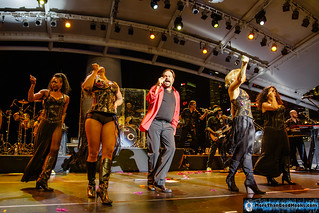 I made my way to the Village Stage and as soon as I set foot in the vicinity, I was greeted with dancers clad in sequined body hugging dresses and I exclaimed to myself ‘this stage is about to be on fire’ and Harry Wayne Casey graced the platform with his usual shirt that layered over his t-shirt. I was imagining how it was like back in the days with big hair and essentially with the help of hairsprays, iconic bell-bottom pants and the heeled boots that was well celebrated in the movie ‘Saturday Night Fever’. I was just all in smiles as the crowd lost themselves to the rhythm of the funk and the wave of enthusiastic concert-goers created the hype for the atmosphere. 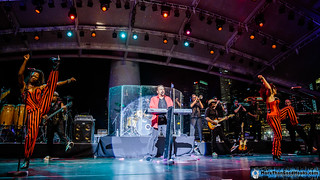 As soon as the familiar tunes rang across the field, I sensed my self singing to “That’s The Way (I Like It)”‘s, unmistakable line, “that’s the way uh huh uh huh I like it, uh huh uh huh”. It brought me back to yesteryears when that was the only song that I’d listen to on the radio over and over again and it became like a second skin and today, I had the chance to witness the song being performed live none other than the band itself. KC and The Sunshine Band’s set that night got me back my groove as I jived to the funky upbeat rhythms and it made me remember how much I appreciated disco and funk music back then before I was introduced to newer genres of music.

The set lasted for an hour but you can bet I made my way from the Village Stage to the Padang Stage as fast as I could. I was sure that I’ll be able to make it into the fanzone area and be close to the stage for what’s to come at 10.30pm.

I managed to snag a spot, about 6 rows behind where the stage is and I was comfortable and confident that there is not better way to witness the show than where I am standing. The 1.5-hour wait was worth it as minutes before their set, the band’s banner proudly showing the band’s logo hung high and spread largely across the stage – the crowd went wild, cheers and roars rang across the Padang. I turned my head to check whether the Padang filled and lo and behold, the crowd was literally spilling from all sides while the fanzone was already filled to its brim. I could feel bodies pushing against mine as everyone started chanting “Queen, Queen, Queen” as soon as the spotlights behind the banner started to flicker. 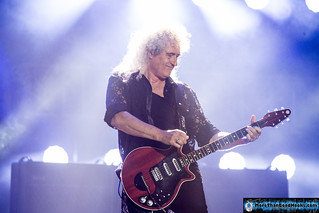 The banner dropped and we were greeted with the band on stage. My eyes were fixated on Brian May and I have an affinity for his guitars with his signature headstocks. Never got the chance to see any in real life, what more watching the man himself playing his own signature guitar. And not forgetting Roger Taylor on drums and he is still as ‘tight’ as he was on drums from what I could remember. 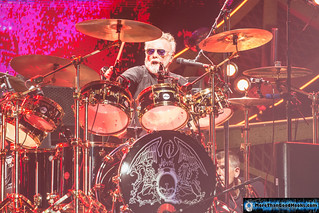 The night was graced with their single “Seven Seas of Rhye”, with the crowd cheering wildly as Adam bellowed the lyrics to the song. It’s one of their lesser-known tracks that not many people know about, dating back to 1974, following the release “Keep Yourself Alive” from their debut album. I was just mind blown or more so shocked in the best way possible and finding it hard to believe that I was actually watching Queen live in performance. 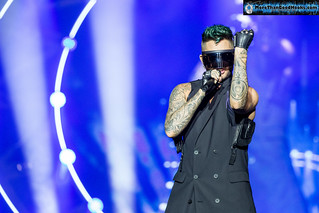 Adam Lambert is a force to be reckoned with as the tenacity of the voice hits the notes impeccably. It would not be fair to have to compare the late Freddie to Adam, but Adam has his set of unique qualities and vocal abilities that brought the songs to life in his own way. At the same time, bringing back the times of past when Freddie was gracing us with the sincerity of his vocal prowess. 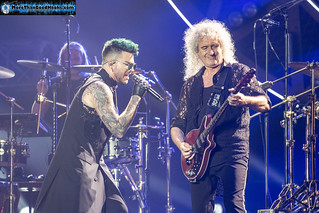 “Don’t Stop Me Now” got me shuffling my feet as I imagined myself on stage, pressing the keys on the piano incoherently while I sing my heart out to the lyrics. My body vibrated as I raised my hands up in the air and sang to my heart’s content and I could feel the strain on my voice and reminded myself ‘it just started. The night just started, Maisha. Take it down a notch’. And the night just progressed with more wonderful numbers like “Somebody To Love” and “A Kind of Magic”. I remember my dad having this particular song on repeat when he got his new stereo set and it took me back to that time where he’ll make me sit in front of the stereo to listen to the song, over and over again. It was when I heard the familiar riffs and I went “WOOOOOO” out loud, like a sudden jolt that got into me. I took my phone out from my pocket and told myself that I have to record this song for my dad even if it’s just for a few seconds. “Another One Bites The Dust” was, I feel, one of the more difficult songs to come close to be able to sing within Freddie’s vocal range but Adam proved that he was deserving to take the place of the late legend and he worked the song the way he did and it was nothing short of magnificent. 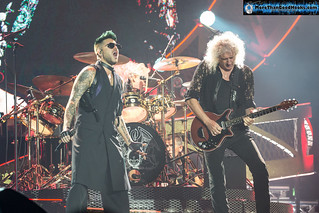 “I Want To Break Free” was another classic that got me hooked onto Queen like no other. A song that speaks to me as a whole and I couldn’t resist singing to it each time I’m faced with a crisis, no matter what the situation is, it always make the end result light hearted and I have the song as one of my alarm clocks to remind me of who I am and what I want to do because in the end, I just want to break free. The song was sung with so much gusto and passion that I could barely fathom the greatness of it. Having to take in Brian May’s jaw dropping solo earlier was something else as he stood on a platform and was raised while he performed; the accompanying visuals made it look as though he was blazing through the stars in space. 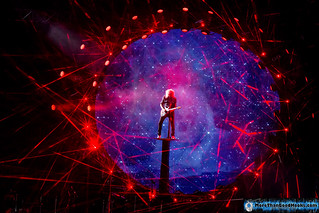 It would not be a Queen show if “Bohemian Rhapsody” isn’t performed and I believe that at any moment and at any place, if someone starts singing to the song, the other person would continue because that’s just the way it is and no one can resist belting the notes and imitating Freddie’s crazy vocals but we did it anyways. The sea of crowd could be heard singing to each and every word of the song and the band gave the crowd the momentary spotlight as we sang our hearts out. 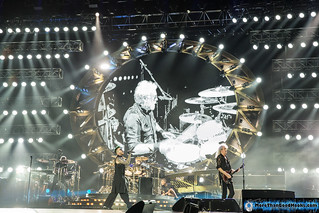 They came back with an encore with the forever favourites of “We Will Rock You” and “We Are The Champions”. These songs, often heard during a basketball game or races are anthems of sportsmanship or even in any face of competition, a legacy from Queen that will be spoken about and sang about in many, many more years to come. I was a little bummed out that they did not perform “Princes of The Universe” because that’s my numero uno favourite song. Nonetheless, the night was nothing short of amazing and even though I arrived home getting nagged at by my parents, the night was worth the nag. I’ll relive that day over and over again just so I could remind myself why I love music and choose for it to be a big part of my life in the first place. Thank you Singapore GP for keeping the inner rocker and oldie in everyone alive.