The band One Direction has always managed to make an appearance in almost everything made accessible on the internet and they have since taken the world by storm when they dropped their album worldwide, gaining fans by the second. I soon learned that recently, the members decided to venture out into their own side solo projects, in hopes to pursue the style of music they’ve always wanted to and not to be only drawn close to the material they produced as a band. Earlier this year, I came across a self-titled album by Harry Styles and was greeted with the knowledge of him performing in Singapore in May 2018, a year from then on.

Prior to that, just last week, Harry Styles was on his first solo tour and played a sold out show here on 23rd November 2017. Tickets flew off the counter like the wind and all I could see on my social media timeline was how excited these concert goers were for the night to finally arrive where they could see one of their idols on stage.

I can’t say that I am a fan of the band or the man himself but due to the influence of a good friend of mine, of which his taste in music is akin to mine, I trusted his recommendation when he insisted that I listen to the album which I did, and that brought me to the night of 23rd November. I can’t deny that the atmosphere of the show is not familiar to me as I am not used to seeing a wave of girls, predominantly pre-teens, going ga-ga over what I overheard through the wave of whispers to be “the man of their dreams”. I do not judge them just because my taste in music or the environment where I’m more familiar and comfortable with is the total opposite, but I trust myself to immerse in a new experience altogether and I was focused on having a good time.

I was seated just behind the soundman’s booth and it was fairly close to the stage. The theatre started filling up to its brim with girls clad in his merchandise, bearing his name proudly across their chests. Girls who looked forward to that day and that day only for the week, and I had the honour of being a chaperone for my good friend’s sister and she made sure that I was well-prepared and that she was convinced that I’d leave the venue as a fan. She is a 14-year-old who reminded me so much of myself when I started immersing myself in music; I was only intent on having a good time and also discovering new music as it goes but she brought a whole new different perspective to the whole “preteens loving cute looking doll-liked boys” and it opened my mind to appreciate his music that much more.

The drape covered the stage as the girls screamed at every chance they could get once the music stops. The clock ticks as the time grew closer to his show time. I noticed the songs that were played before the show started revolved around The Beatles, Rolling Stones, and even Shuggie Otis with his glorious number titled “Strawberry Letter 23”. The lights dimmed out and the silhouette of the man of the hour materialised from behind. I could’ve sworn that my ear drums were giving way with the seconds of prolonged screaming let out by the girls, at the very top of their lungs. I have to admit that I could possibly have been one of them if I was into Harry as much as they are. 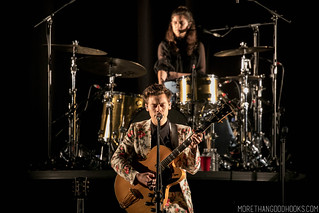 Clad in a floral suit of what I believed is Gucci as what I’ve been told by my new found friend, it fit Styles like a second skin as he serenaded the crowd, starting off the night with “Ever Since New York”. With the accompaniment of his beautiful Gibson guitar, he belted the notes, “I need something, tell me something”, the crowd went wild, followed by the voices singing, following in his stead. This was one of the tracks off the album that got my attention, and as I watched him perform this song live right before my eyes, I have to admit, my jaw dropped because it is a rarity to have someone you listen to on the radio, sounding much much better when they perform the songs live. And Harry happened to be one of the few that pulled that off.

I didn’t stand up with the rest of the crowd, not because I didn’t want to look like an overtly excited fan but from where I was seated, I could feel the performance as I was able to soak myself in the atmosphere. The environment still felt foreign to me, but I found myself caught in the recluse of my own thoughts as soon as the familiar riffs of “Two Ghosts” came on. I took time to appreciate this particular song because of the lyrical flow of this track that caught my attention and also the mood it sets as an easy listening song, leaning towards the country feel but complimented with sublime vocal controls. The particular line “trying to remember how it feels to have a heartbeat” hits home because of recent events that made me feel more in tune with my feelings. It caught me in a moment of silent stupor as I watched him strumming the guitar on stage and mouthing the words to the song. I was growing fonder of his music and his energy on stage. He exudes nothing more than pure sincerity and that is what, I feel, at least to me, what music is all about. 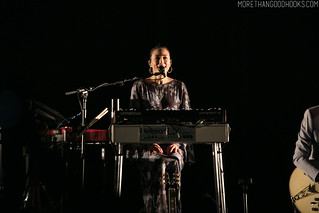 “What Makes You Beautiful”, a popular number that I must have heard over the radio over 30 times to say the least, has got to be the fan favourite for the night. The song before that, “Stockholm Syndrome”, was also one of the tracks off One Direction’s repertoire. While it wasn’t a track I was familiar with, the crowd went wild and I wouldn’t expect anything less. Having to have listened to “What Makes You Beautiful” enough to either hate or love the song, Harry took it to a whole new level as he changed its arrangement. I could’ve have sworn if it wasn’t for the lyrics that was ingrained in my head, a talent that is both a blessing and a curse, I would have thought it was a song off his self-titled album and not One Direction’s. I grew to appreciate the song more; it sets a more mature mood yet it does not compromise on its original. I don’t recall that many musicians being able to do that but it seems to me that Harry was surprising me at every chance he could get throughout the night. He also covered one of Ariana Grande’s which he co-wrote, “Just A Little Bit Of Your Heart” but I couldn’t grasp the song because I was not familiar with it altogether until I heard the crowd going “OMG he does it better than Ariana”. I couldn’t agree more but to each their own. 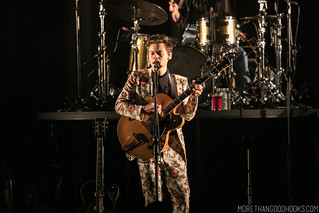 One of the very songs that got my feet tapping has got to be “Kiwi”. It brought a whole new side of how I perceived Harry Styles as a musician, always having to draw him in relation to being in the band. I was thoroughly surprised and I couldn’t be more shocked to see how he goes beyond the boundaries of what we perceived his music to be but he knocked down the doubts I ever had about his solo project. “Kiwi” was an amalgamation of hearty rock and roll vibes, hard hits of the drums and the riff-tastic guitar inserts that just makes you want to let your hair down and do the crazy dance. The dancing bones in my body was going on a ride as the song was performed live. I was tapping my feet and getting into the zone but I kept my composure as I found myself grinning from ear to ear, as my heart beats in tandem with the hard knocks. That song was spectacular and I just wouldn’t want the night to end. 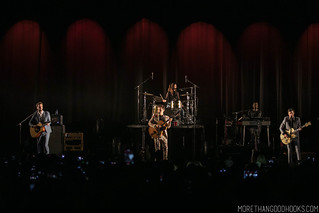 I can’t say I’m a huge Fleetwood Mac fan but my father made sure that he at least educates me with the basics of good old music and my favourite song from them has got to be “The Chain”. Again, that night, I was surprised with Harry’s rendition of “The Chain”. The riffs got all too familiar through the first few seconds and my eyes popped almost out of my head when I caught wind of the song. I almost let out a screech just to blend in with the crowd but I stopped myself. It was impeccable and I was just shaking my head in full disbelief of how the execution of him covering the song was flawless and yet with his own unique arrangement, he didn’t shy away from the true essence of it. I was mind blown. 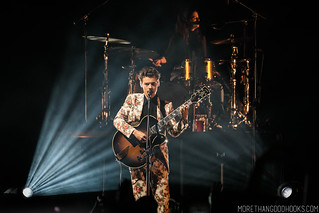 The show only lasted a little over an hour due to the number of songs on the album and how I wished it was longer. I left the venue in total disbelief. I underestimated myself to be only into a specific genre but he found a fan in me. I was convinced in its entirety and I have to thank my good friend who attended the concert, in his Guns N’ Roses shirt, we were both lost for words and we could only repeat the very same thing on how good he was as a performer and we were just truly and utterly blown away. I also have my new found friend to thank for placing the trust in me to be a fan by end of the show, which I am, and I’m not even the least embarrassed because music is true and music is non-judgmental.

I can’t wait for the show next year because it would be a different setting, not as intimate as the one in Star Theatre but I am ever so confident that it would be doubly magical and nothing short of spectacular. Harry Styles delivers and he does it with his heart and soul. Thank you Live Nation Lushington, for this amazing evening.