After four aching years, Irish rock band Kodaline finally made their much awaited return to Singapore, with a whole slew of new tunes in tow. All we wanted was nothing more.

Made up of Steve Garrigan on vocals, Mark Prendergast on guitar, Jason Boland on bass, and Vinny May Jr. on drums, Kodaline delivered on all fronts, and showed us how it’s done from beginning to end, incorporating the perfect mix of upbeat anthemic singalongs and heartfelt and emotionally-charged ballads. It’s no surprise that this mellow quartet became one of Ireland’s most successful rock bands just seeing how well thought out their performance on Tuesday night was, right down to the painstakingly programmed strobe lighting. 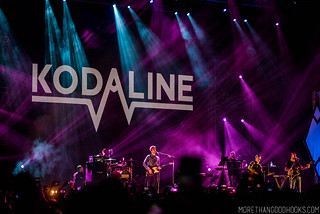 Off their third studio album, Politics of Living, they played “Follow Your Fire”, “Brother”, “Angel”, and “I Wouldn’t Be”, as well as most of their hit singles, including “Ready”, “Love Like This”, “All I Want”, and “High Hopes”, the latter two gaining international airplay after multiple appearances in popular television and film soundtracks. 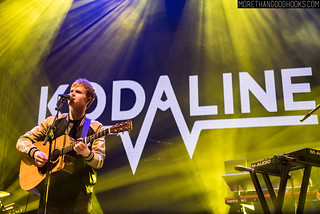 Their performance of “I Wouldn’t Be” was a clear standout of the night, with all four of them taking their respective places at the front of the stage under dim spotlights, and without all the bells and whistles. It was pretty much an acapella ode to all the people who made them who they are today – and I’ve personally never witnessed anything more heartwarming. “Love Like This” also saw the charming frontman multitasking with the harmonica, which added surprising volume to the song, and made it sonically so much richer. 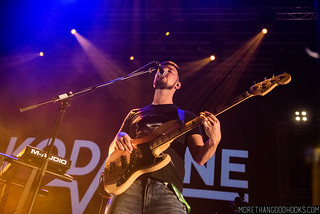 Though it was kept to a minimum, the guys did engage in some lighthearted chatter with the audience, and even with each other, as they shared laughs and possibly cracked jokes mid-song. Boland was also seen with a handheld video camera at times during the show, capturing all the special moments he saw out in the crowd. 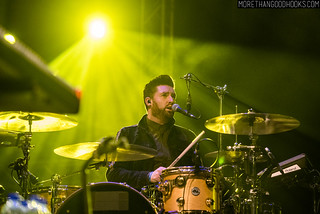 The evening was truly an opportunity to really appreciate the musicality and music wizardry up close, from Garrigan’s falsetto to Prendergast’s impressive riffs that were put on display at all the right moments, to May’s precision and attention to detail behind the kit. What was truly astounding was how Garrigan managed to hit all the insanely high notes so effortlessly that you could actually feel the emotion that he put into his delivery.

The singer also seemed genuinely grateful of the crowd’s sheer enthusiasm singing back all the lyrics with such fervor and passion that he looked a little awestruck at times, and left us to our own devices. “Thank you for singing along. I really hope we can come back to Singapore soon – not four years this time, hopefully we can come back next year,” he said.

The light to guide the way, Kodaline surely set our hearts aflame, and it will only be kept blazing for a long time to come.

One day it’s here and then it’s gone, how are you still holding on?