As a kid growing up, instead of being surrounded and spoiled with toys of many sorts, my dad would make me listen to the radio or he will put on his favourite oldies tunes from Scorpion, Whitesnake, and the likes. I’ve always been very intrigued by the music my dad listens to and growing up into an adult today, I see myself taking after my father. There was once I remember my dad kept singing to the tunes of “To Be With You” by one of his favourite bands and each time he breaks into the first line of the song, “Hold on little girl, tell me what he’s done to you. Stand up little girl, a broken heart can’t be that bad”, he’ll look at me intently and remind me that he won’t allow anyone to break my heart for as long as he’s around, and that was the particular song that etched at the back of my head each time I know my dad has got my back.

It was quite sudden when I learned about Mr. Big coming down to our humble island for a show in less than 5 years since they last were here in 2009. I missed the earlier show as I was battling the academic war of the national exams and hence, I had to forego the gig. But it was nonetheless a pleasant surprise to know that this time, their gig is more of a close up one in Kallang Theatre and it would be a more of a personal takeaway.

I have been a huge fan of Paul Gilbert and always dreamed of owning a PGM (Paul Gilbert Model) guitar from Ibanez but I’m not much of a guitar player. I’ve followed through Paul through his other band called Racer X and I remembered watching “Sacrifice” over and over again on YouTube and am always in stitches at the end of the video. Not only was the song crazy good, the guitar face of Paul and the fact that he and his band were clad in the astronaut suits puts the cherry on top to a great song albeit a hilarious one. 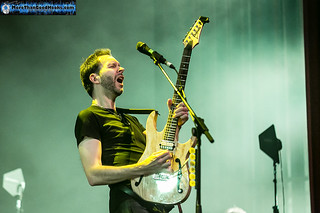 Paul greeted the crowd with his ever so cheeky smile that tickles the fancy of many (perhaps it was just me) followed my his epic guitar face as the other band members, Billy Sheehan, Pat Torpey, and Eric Martin. The night started off with “Daddy, Brother, Lover, Little Boy”. Paul and Billy were taking the centre of attention of the stage until Paul took out his electric drill and played his guitar that left the audience in awe and more of the ‘woah what the’ expressions on their faces. I moved closer to the stage as my jaw literally dropped at the sight of such a stunt Paul pulled on stage. 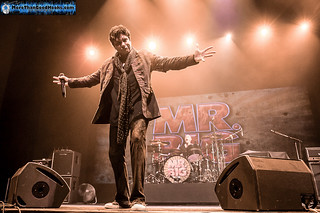 Eric Martin is as energetic as I last saw him in his live videos of yesteryears, and his vocals are still as great a I heard over the radio. “American Beauty” was such a hard kick song that it got the crowd rocking so hard, I remember standing next to an elderly lady and she was flailing her hands in the air and singing to every single lyric! She was having a hell of a time that I looked at myself silly that I wasn’t rocking out as much as she was. Next thing I knew, she turned to me, grabbed hold of my arms and made me put my hands in the air and she mouthed “let loose”. I’m pretty darn sure she was old enough to be my grandma and at that moment, it felt like I was at a rock concert with my own grandma. It was definitely a cross off my bucket list. 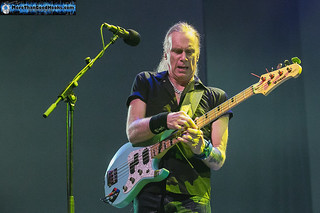 I must admit I wasn’t all too acquainted with the rest of songs for the night as I didn’t really delve deep into Mr. Big’s discography, but as soon as “Wild World” by Cat Stevens started playing, it was an all too familiar feeling. The flashbacks were intense as I reminisced those days where my dad would make me listen to the songs and I will try to sing along to the numbers and it goes on for days. It was only then when I sang out loud and the lady beside me held on to my hand. It felt out of this world and I was just soaked into the whole night until the next number, “Just Take My Heart”. 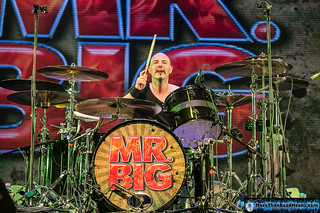 “I’ll always love you, but you’re too hard to hold”, I felt a tap on my shoulder when Eric serenaded the crowd with that particular line. As I looked over, I saw someone I haven’t met in such a long time. Someone that I used to call my better half and it was weird at such an apt timing and in the nick of time, so to speak, he tapped my shoulder and asked me what I was doing at the concert and I just looked towards the stage and sang my heart out. I remembered Mr. Big being his favourite band but it didn’t cross my mind that he would be there let alone spot me in the crowd after 5 years of not meeting. It was strange yet great to see him again.

The atmosphere intensified as the lyrics rang through the speakers, those very words my dad used to sing to me when I was just a wee little person and I remembered my used to be better half singing it to me over the phone when he attempted to serenade it, it felt all to close for comfort. It felt that the two most important men in my life had my best interests in their hearts and it was even more surreal or more so, better than Eric himself is singing it to me and I just sang it with my heart and mind open, just like how I like to be reminded of how thankful I am for this life. The past should remain the past and future should be sought and advanced, too. 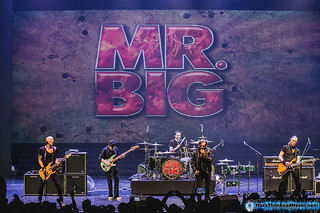 That night didn’t only get me reliving my little girl dreams, it also made me realize how I lived through the different phases in my life during the course of the two hour set. That night was an eye opening experience and Mr. Big played a huge part of it to show me that things happen for a reason and music is the one that keeps me going.

Waited on a line of greens and blue, just to be the next to be with you.