“Oh, what a time to be alive” it was on March 9th as the Welsh pop punk band took the stage at The Bee, Publika, as part of their The Peace and The Panic World Tour! All thanks to Rockiss, Malaysians were able to witness the live spectacle on our home ground for the second time. Though this is their sophomore show in Kuala Lumpur, it was bassist Fil Thorpe-Evans’ first time as he was not able to make it back in 2016.

Doors were stated to be open at 6pm but by 2pm, fans were already lining up patiently to secure spots at the front row. By the time the crowd was allowed to enter the venue, all Neck Deep T-shirts were sold out! It was amazing to learn later on that The Bee was packed out full. Some were even seen to be standing at the sitting area for a birds’ eye view of the stage. Without further delay, out came the first two opening acts of the night, I Lost The Plot and Trophy Knives. They warmed up the crowd as the floor was quickly filled with eager fans. Next came the Malaysian legends One Buck Short. Many sang along to some of their famous songs such as “Kelibat Korupsi” and “Carilah Duit”. The final band responsible to warm up the crowd however was Patriots, who are touring with Neck Deep on their South East Asia Tour. 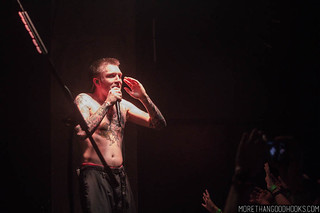 It was not long until the band of the night, the winner of the Best Live Band at the Alternative Press Music Awards 2016, finally took the stage with “Happy Judgement Day” from their new album, The Peace and The Panic. As the shirtless Ben Barlow started singing, The Bee was donned with screams of every person present, singing along. The crowd began to mosh, and sway away as they continued with “Lime St.”, my personal favorite and a song that was not performed the last time they were here. The crowd became rowdier than before but it was all sheer fun. Next came “Gold Steps” and “Motion Sickness”. Many of the concert goers were jumping on stage and stage diving, taking advantage of the barricade-less stage. The band then took a moment off and mentioned how spectacular the crowd is, earning them cheers of delight. 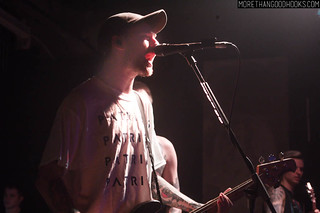 They then took the pace even faster with “What Did You Expect?” from their first album. Smiles decorated each and every member as the crowd sang along word by word. They continued with the pace by performing “Kali Ma” and “Rock Bottom” taken off their album Life’s Not Out To Get You. Just when I thought the crowd cannot go harder then they already were, it went even crazier when Neck Deep played “Citizens of Earth” and “Don’t Wait”. They even got a member of one of the opening acts to scream the screamo parts, making it even more special. More people were seen diving off the stage in pure bliss. Though the crowd was a turbulent of mess, all were protecting each other, lifting up the ones that fell and making sure they were all having a good time. 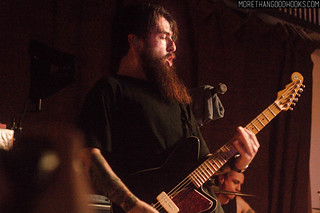 Next came the mellow side of the set with “Parachute”, the latest single and “In Bloom”, the latest single off the new album. As the crowd swayed and sang along, it was evident that they were beyond happy with us Malaysians. As they announced the last song of the set, it was clear that the crowd wanted more of Neck Deep. Though “A Part of Me” is a slower tune compared to all that were performed, many were still coming up the stage trying to treasure their last moments with the band. A fan was also lucky to be given the opportunity to sing the female part of the song, and he sang it beautifully! With that, they bid their farewell. 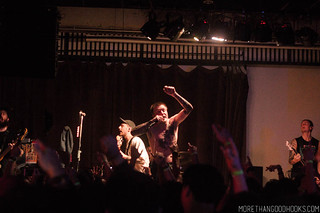 However, it was only a matter of minutes before they reappeared with two encores of “Can’t Kick Up The Roots” and “Where Do We Go When We Go” but before that, they jumped on stage, opening the encore with “All Hype, No Heart”, screamed by their guitarist Matt West while Ben took over on the guitar. It was a night filled with many emotions, all which were good. It was a no brainer they won the Best Live Band award. The only thing I can say for the people who missed the show, wish you were here.