Anticipation was in the air as the days reach closer to the moment Malaysia would be witnessing Neck Deep perform their debut show in conjunction with their 2016 World Tour. All thanks to Rockiss and Skesh Entertainment, the show was held at KL Venue where bands such as I Killed The Prom Queen, Confession, and Anti-Flag had graced their presence in. 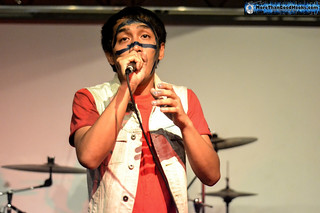 The show opened with an acoustic set by Darren Teh of An Honest Mistake, whose silky pink hair and witty pick-up lines captivated the crowd. One Buck Short could not make it and was thus replaced by Patriots, formerly known as Heart-A-Tack. They got the crowd ‘2-Stepping’ to their brand new track, “Fallen” and they will be releasing their debut EP, “Stand Off” later in the year. The final opening act was Scarlet Heroes whom got the crowd pumped up with their well-known tune, “Rock n’ Roll Juliet”. 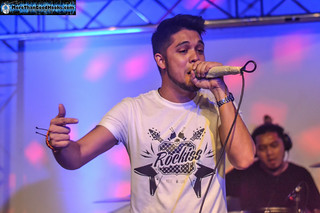 Rumours and speculations were seen around Twitter regarding the absence of the member, Fil Thorpe-Evans and this was later confirmed by frontman, Ben Barlow during the show. Fortunately, their tour manager, Newy replaced Thorpe-Evans on the bass guitar and the show went on smoothly. The first band member to step on the stage was the drummer, Dani Washington who was focused in setting up his kit, followed by the guitarist, Matt West which got the crowd squealing in excitement. 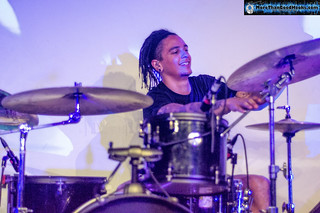 As soon as the setup was complete, Dani threw his hands in the air, the intro of “Citizens of Earth” blazed the venue and out came Ben Barlow, Newy and the other guitarist, Sam Bowden. The minute Ben yelled into the microphone and started singing “Citizens of Earth”, the crowd went wild. Everyone screamed along to every word, pumping their fists in the air. Next came “Losing Teeth”, a track from Wishful Thinking, the first album they released under Hopeless Records. 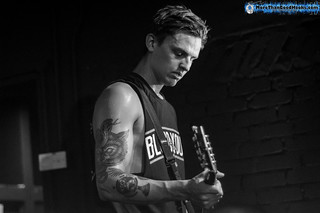 Repetitions of “wow” exhaled from Barlow as he addressed the crowd of how mental they were and how beautiful Malaysia is before proceeding to perform “Gold Steps”, “Crushing Grief (No Remedy)”, and “Over and Over”. What is a UK band without some football humour as Barlow exclaimed his loyalty to Manchester United. They then performed a song titled “Serpents”, taken from their latest album, Life’s Not Out To Get You. The crowd swayed from left to right as fans moshed along to every riff the band played. 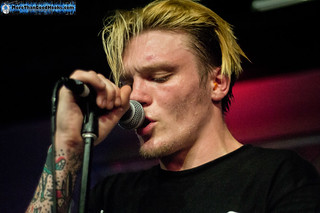 “This next song is about the month of December”, said Barlow and I anticipated an intimate moment when West started strumming his acoustic guitar but as Washington cued the band, they surprised us all with an energetic and fast-paced rendition of one of their biggest hits, “December”. Exhaustion was clearly shown on their faces but it did not stop them from giving it their all as they rolled onto two of their older tracks, “Growing Pains” and “What Did You Expect?” The old school crowd was exceptionally loud during the latter, which gave the band a permanent smile on their faces. 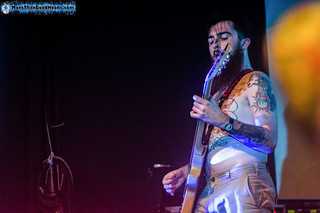 As Barlow announced the next song will be their last with winks, the crowd chanted Kali Ma repeatedly which had him assuring them it will come soon. Again, West brought out his acoustic guitar and started playing the first song they ever wrote, “A Part of Me”. The crowd sang along and as it reached the bridge, they complimented Barlow on the female part of the track. We all sang in unison and it was truly an intimate moment of the night. 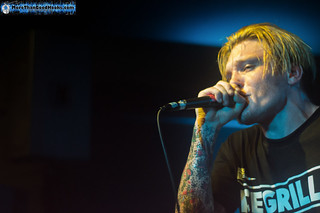 The band left the stage but not for long as they came back for the encore with the song, “Kali Ma”. After having the time to chill for a moment, the crowd gained more energy and the venue was bouncing off their feet once again as they screamed along to every lyric. With a heavy heart, Barlow announced that it would be their final song with promises of returning. As they ripped through “Can’t Kick Up The Roots”, fans gave their everything and it topped the noise level of the whole evening, making it the best performance to end it all.

However, it was not the end for some as the meet and greet session was held later on after the show. It was an amazing show to kick-start 2016 for me. The organisers put up a splendid event, satisfying fans and parents who were there chaperoning their teenage children. The band who won Best British Newcomer at the Kerrang! Awards back in 2014 has since exploded into the scene and deserve every bit of fame and success coming their way. I can say on behalf of everyone at the show that we would love to have them back for another round.