I grew up reading a lot on Norse Mythology and I enjoy reading them while listening to music with a similar background, be it heavy metal or even symphonic metal. I was first introduced to this particular band when I was at the tender age of 13 and I’ve never looked back since. Upon hearing the news of them coming over to our humble shores, I knew it would be the best way to celebrate my birthday by catching none other than Nightwish.

Started in 1996, Nightwish played a huge part in the symphonic metal band genre as they come up with impeccable albums as the years went by. Of all their albums, 2002’s Century Child happens to be a favourite of mine. The track off the album titled “Bless The Child” was what I jammed to while I divulged in my teenage activities in school back then. 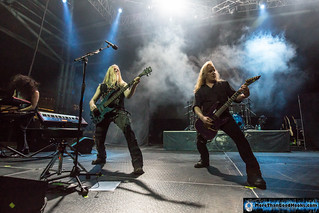 The night started off with “Shudder Before The Beautiful” from their newly acclaimed album released last year, Endless Forms Most Beautiful. I have yet to listen to it in its entirety but the the first track off the album and also the opening song of the night was convincingly spellbinding and it made me eager to go home and listen to the record. 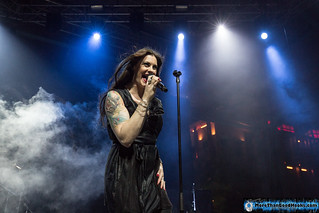 I can’t deny that I have a soft spot for Anette and it was strange not seeing her on the stage. Nightwish have had a line of vocalists that sang for the band and all of them have amazing pipes to beat but Floor Jansen delivered; the vocals she belted brought shivers down my spine. 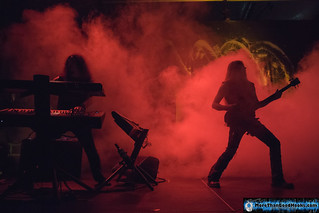 The night progresses as they revisited the songs from the past albums, and I caught my jaw hanging to the intro of “7 Days to the Wolves”. Who would ever thought that this song sounded exactly as it does on CD! It is beyond amazing to see them live in action, strumming the guitar and hitting the hard keys on the piano. I was in awe the whole time I watched them perform the song. 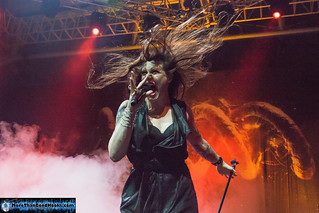 Each song brought back fond memories, giving you a vibrant energy to jump and sing your hearts out whilst sending cheers to those yesteryears. I have to admit though when they played “Élan”, it felt like I was preparing for a battle with the 5 armies and I had the scene of Lord Of The Rings playing in my head. It felt surreal. The charging music is forward moving and it has the ability to leave you feeling the same way. 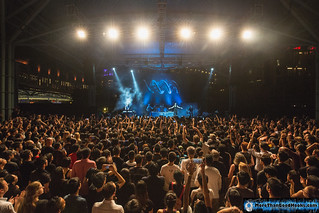 I have to comment though, the audience was not the usual crowd I saw. Instead, they were made up of middle-aged men, donning shirts of Wacken and heavy metal bands which were too many to name and point out. The energy was all around however, was positive. 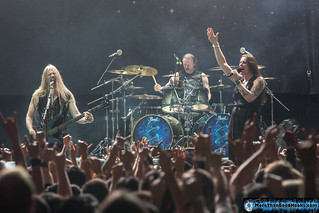 The song titled “The Poet and The Pendulum” meant a lot to me as a huge fan of Edgar Allan Poe, in which the title to the song is synonymous and closely related to the short story from Poe himself. I also remember the time I had put it on while I flipped through his collection of stories to this particular track. 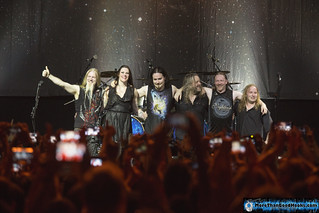 The night closed with “The Greatest Show On Earth” which was of great length, but we didn’t want it to end. I caught myself headbanging to the song and finally felt my neck giving way before I completely loosened my head. I was a little surprised that they did not perform “Bless The Child” but was all in all, overjoyed at the fact that I finally got to catch them live after 13 years and it was an amazing start of the year, nonetheless. Thank you, Impact Live for making dreams come true and also for this living up to the name of the song, in being the greatest show on earth.