The Summer State’s wildest dreams came to fruition on Monday night, when they opened for pop-punk giants, Simple Plan. The band held their own and the sheer amount of energy that the quintet pour into their 30 minute-set was invigorating, to say the least. 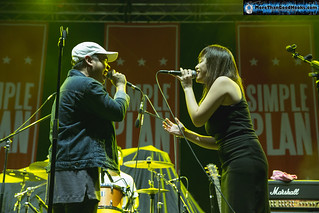 Their newly-revamped setlist included a new song, with the working title “Gone”, and kept the fan favourite “I Do, I Don’t”, which they performed with The Final One contestant, Faith Ng. Their sizzling new single, “Enough”, which closed out their set, upped the ante and got everyone singing and bouncing along. To describe the tune as catchy just doesn’t do justice to how well-written the song is. 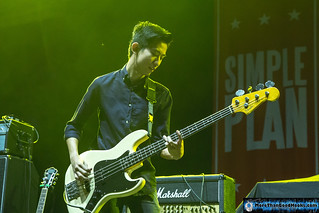 Speaking to MTGH, bassist Edwin Waliman recalled how the song first came about, saying: “I remember it was Bryan who first came up with the chord progression and the rhythm for it. We finished up the first proper “draft” of the song, but felt it was still missing something. And that’s when we decided to rope in Marc Lian from Trick to help co-produce the song and we tweaked it together.” 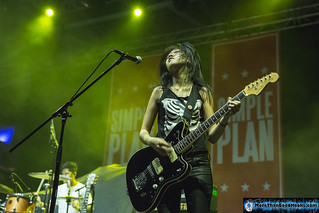 This collaborative spirit translated to palpable synergy onstage as the five members admirably flaunted their respective talents whilst gelling flawlessly with each other. Complemented by the slick groove laid down by bassist Edwin Waliman and the lush sounds delivered by guitarists Shaykh Akbar and Victoria Chew, frontman Bryan Sta Maria’s vocals soared with ferocity and conviction. Every member’s talent just added to the overall euphony of their live performance, which was cemented by authoritative and crisp beats produced by drummer, Ritz Ang (it helped that he is easy on the eyes too, just saying). 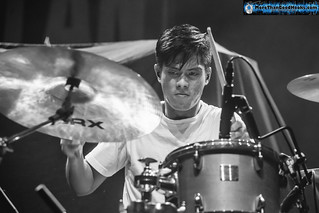 Edwin also shared about their experience opening for the French-Canadian band, saying: “It’s always a huge honour for us to perform for artists or bands that we grew up idolising. We’re also very appreciative of IMC for letting us be a part of this.”

One thing was for sure, though; their brief set was most definitely not Enough.

As the crew members geared up for Simple Plan’s set and meticulously duct taped set lists and the platforms to the stage, the anticipation in the air became even more tangible. Hailing from Montreal, Québec, Simple Plan performed crowd favourites and setlist staples like “Welcome to My Life”, “Shut Up”, “Perfect” and “I’m Just A Kid” as well as newer, punchier in-your-face tunes like “Opinion Overload”, “Boom” and “Farewell”. They even threw in some covers including The Black Eyed Peas’ “I Gotta Feeling”, Bruno Mars’ “Uptown Funk” and The Weeknd’s “I Can’t Feel My Face”. 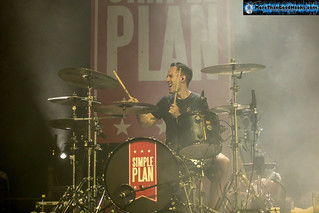 Simple Plan released their fifth studio album, Taking One for the Team, earlier this year and, since it was the first time in five years fans heard new music, it was instantly lapped up. Formed in 1999, the band is made up of Pierre Bouvier (vocals), Chuck Comeau (drums), David Desrosiers (bass, backing vocals), Sébastien Lefebvre (rhythm guitar, backing vocals), and Jeff Stinco (lead guitar), all of whom have been there from the very start. 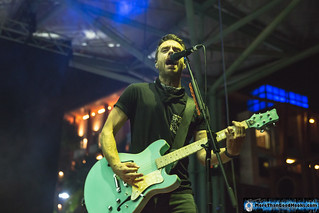 The last time they graced our shores was in 2012 and their much-anticipated return was coupled with even more tricks up their sleeves. During “Summer Paradise”, giant beach balls were released into the crowd – even the security guards and IMC’s crew members seemed to be (wait for it) having a ball. 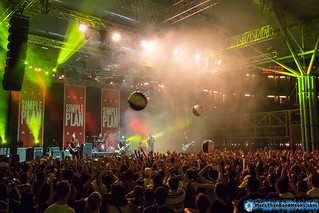 “We love you more than you will ever know,” declared Pierre lovingly as he gazed into the sea of enamoured faces in-between songs. They literally brought the house down with their electric, goosebumps-inducing sonic assault which was buttressed by flourishes of acoustic singalongs which were explosive in their own way. Chuck was relentless on the drums and both Jeff and Sébastien took turns in the limelight, deservedly. As the band dwelled on weightier themes in songs like “This Song Saved My Life”, “Crazy” and “Perfect World”, their sincerity shone through, basically engulfing everyone in a warm hug. 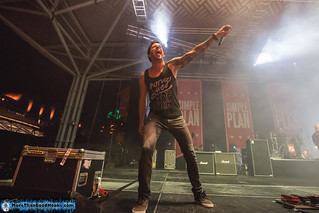 The stage antics included multiple synchronized 360° jumps by the guys as well as David tossing his pick in the air and catching it when it came back down. Pierre even threw his acoustic guitar across the stage and into the hands of their trusty technician who successfully caught it without even batting an eyelid. Both David and Pierre went into the crowd during their performance, only to be greeted by clamoring hands and deafening squeals of excitement as the crowd rushed forward en masse. David’s usual coquettish behaviour even led to an impromptu burst of Nelly’s “Hot in Herre” chorus as they joked about how hot it was in Singapore. “You guys must sing this song all the time,” Pierre teased. 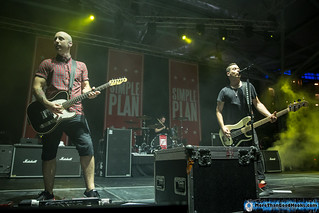 The 21-song set saw the five-piece blaze through their nostalgia and angst-infused discography spanning 17 years with edge, fire and an unmistakable lust for their art. Unfortunately, nothing lasts forever and soon, their 90-minute performance came to a close.

I’m sorry, I can’t be Perfect but Simple Plan sure can.