This annual music festival is essential to Jakarta. A city famed for traffic congestion, tourism has never been a mainstay for its economy. However, over that fateful weekend in July, immigration officers themselves took notice of the (mostly) young travellers who had sojourned over for a quick festival fix.

Having scored big names in the line-up, We The Fest (WTF) drew music lovers from the region and hotels surrounding the festival site were fully booked. Even though their line-up was a carbon copy of the Good Vibes Festival in Genting Highlands that happened over the same weekend, WTF released their news first, securing many Lorde, Odesza and Alt-J fans who scurried to book their tickets, especially because it was Lorde’s debut in southeast Asia.

WTF gave Good Vibes a run for their money because Ismaya Live, the organizer, did a fine job in putting the festival together. Apart from the power-packed line-up on all three days, the fringe activities at the festival was another win. Imagine lounging in a dark room and watching films (maybe sneaking in for a nap), or sweating it out with other skaters at the skate park. Otherwise you could just hop into virtual reality fighting robots at the VR station or jump off some calories on the trampoline. There was not a single moment you would feel bored. And if you just wanted to laze around on a beanbag, go ahead. No one will stop you. If you had wandered to the corners of the festival site, you would have found the big convention area with shops, games and a mini discotheque. Did we mention already that you wouldn’t have been bored? 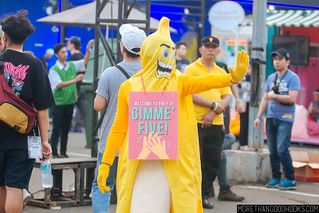 Ismaya Live made it a point to create an experience. The minute you walked into festival grounds, you’d hear cheerleaders welcoming you through their megaphones, making you wonder what they were high on – but of course, Indonesia is a kosher city, or so it seems from the lack weed scents in the air. While you make your way in, you will be greeted by mascots that looked like they were celebrating Halloween a lil’ way too early. Nonetheless, they made for good Instagram moments. The grub you’d find at the fest were all Ismaya food outlets, which meant that they were of quality. The food queues were also well managed and service staff were amiable. The only pity was that they should have stocked their kitchen up better as the menu ran out halfway into the night. The official beer was Prost, a sponsor, so they only had that one option, apart from the regular alcohol mixes with gin, vodka and whiskey, which meant that there wasn’t much of a variety.

Funnily enough, the attendance on Day 1 paled in comparison to Day 2 and 3, when there were big names such as Alt-J, Nick Murphy (Chet Faker) and James Bay. The crowd was still decent though. Local acts appeared mostly at ‘Another Stage’, and yes that’s the name of the stage. It would definitely have had given those bands who played on it a boost in their resumes if they changed the stage name. Thankfully for the higher-esteemed acts like Louis the Child and Moon Boots, they were placed at ‘This Stage is Bananas’, which saw the likes of most electronic acts and DJs, apart from a few rock bands such as the Ramengvrl. This Stage is Bananas also attracted the heat-stricken crowd who found comfort in its delightfully air-conditioned premises. The ‘WTF Stage’ was of course the biggest outdoor coliseum that could contain the biggest audience, and was naturally also the headliners’ terrace. 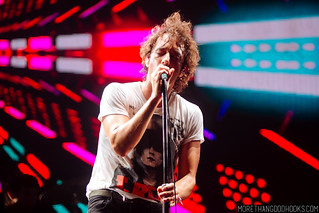 Early birds trickled in on Friday before sundown, ahead of the human stack up that jammed up the entrance during the start of Albert Hammond Jr. Best known for his part with The Strokes, he was sure to make no association it. Leading the band with vocals he ruled the stage with an energetic performance that set the note for the night to come. 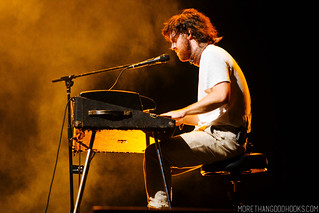 Nick Murphy (or Chet Faker) came up later in his effortless gander (read unkempt). Despite his lazy demeanour that has always been apparent in his vocals, his performance had some nice surprises when the audience was treated to musically styled-up live versions of “No Diggity” and “Talk is Cheap”, amongst his other hits. Moon Boots and Louis the Child were wisely fitted in terms of timing and location. Both at This Stage is Bananas, their sets benefited from the reverberation of the indoor setting and a dimly lit atmosphere that complemented the electronic vibe. 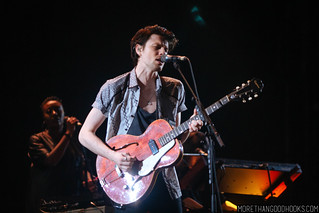 The turnout for rock ‘n’ roll heartthrob James Bay was inspiring, even though one could guess that they were passing time and waiting for Alt-J that was scheduled to be out at midnight. Alt-J’s set was predictable, in a positive way. It was as good as you’d expect, nothing more or less. The night ended with What So Not and Aydra feat. Prince Husein that contended with the dwindling crowd that went back after the English trio. 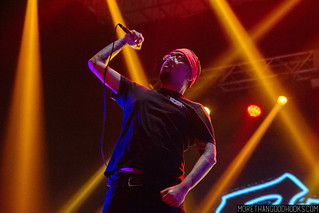 Fans came as early as 5pm on Day 2 to catch Seringai, a local metal band which performances are synonymous with stage diving and surfing. Singaporean band The Sam Willows also played to a full house even though the festival goers knew that they had another 4 hours before Lorde came up. Thankfully Honne made the wait a breeze, and surprisingly drew in a crowd that spilled over to the edges and into the food village. 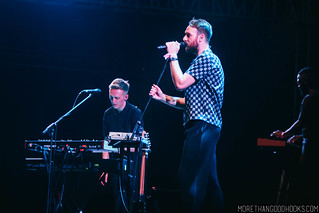 When Lorde finally debuted on the Jakarta stage, fans were really to give her their best. Lorde politely learnt some Indonesian phrases to satiate the crowd but experienced a WTF (not We The Fest but what the f**k) moment when she heard the sound clashes from Another Stage. The perturbed singer raised the issue more than once but dealt with the issue in a diplomatic fashion by urging the fans to help drown the ‘another’ sound out. Even though she had none of her characteristic costume changes (despite subtle pleas about the heat) nor an elaborate stage set up, she delivered a memorable set with all her older hits while convincing the crowd that her newer songs are masterpieces of the young virtuoso. Odesza also came stripped of their usual percussionists and was only flanked with two trumpeteers, but the duo delivered so much energy on stage; the late crowd danced happily and hard to the night’s second headliner. 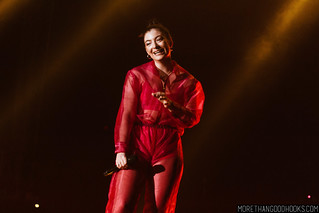 We The Fest experienced a ‘Sunday best’ with the unanticipated huge turnout despite the next day being the start of a regular work week. That was the time that hip hop or R&B fans would have a field day with the likes of Vince Staples, SZA and Miguel, serving the grooves. American pop rock band The Neighbourhood stood out with their genre at the main stage but they pleased the crowd enough for the cheers to perforate the humid evening blanket. 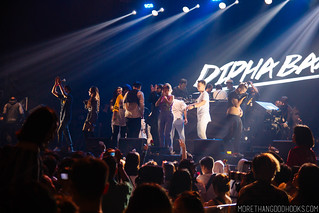 Before the hip hop juggernauts came on, the crowd packed themselves into the overflowing indoor stage for Dipha Barus so ridiculously that nobody could squeeze in after his set started. It can only be concluded that the We The Fest crowd was a unpredictable one yet sincere one. 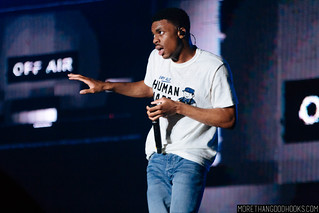 Kudos to Vince Staples and Miguel who conquered the stage with the might of their presence, even though they trudged to and fro on the deck solo. The still managed roaring crowds that proved humourous to look at when they tried to sway their bodies in a hip hop fashion. Frenchie Petit Biscuit was almost indecipherable speaking English to his crowd but he still made everyone happy with his happy electronic sounds at This Stage is Bananas. Sza closed the night and the festival on the main stage going big in her voice, her energy and of course, her hair. She signed off the festival with a note of grrl power, closing the night with female voices singing to her songs like ‘The Weekend’. 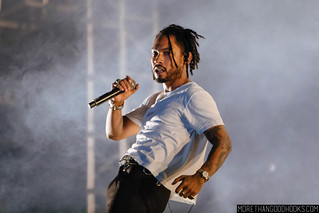 The reasons why this festival is important to Jakarta comes in many folds. A well-managed festival does tons to Indonesians’ credibility and a sincere crowd that knows their bands makes them a pleasant bunch to be amongst. If you weren’t there you should be asking yourself WTF not, because it’s We The Fest FTW (for the win).