For one night only, internationally renowned singer, Yuna, mesmerized Singapore as she performed live at the MasterCard Theatres at Marina Bay Sands on October 14. The concert saw close to 2000 fans of all ages coming together for one night with a shared interest to watch the amazing songstress perform again in Singapore. 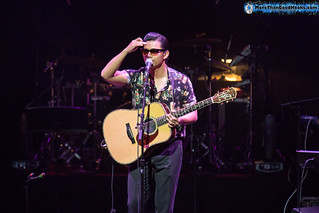 Fans started to gather at the venue as early as 6.00pm, as they were eager to catch the glimpse of Yuna’s presence. Opening tonight’s show was Noh Salleh, a popular vocalist of Malaysia’s award winning indie alternative rock band, Hujan. He entertained the crowd with his diverse range of music as he built up the energy before Yuna took the stage. He even told the crowd how amazing the concert venue’s backstage in Singapore was. Even though his performance was short, Noh Salleh ended his set to a thunderous roar from the crowd as fans were anxious to finally see Yuna perform. 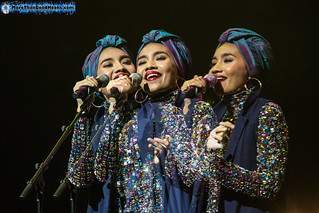 From the moment she took the stage, Yuna captivated the crowd with her mellifluous voice, at once soft and powerful, and took the audience on a sonal adventure that incorporated aspects of pop, acoustic folk, and R&B. Each number opens with a “This song is called…” and ends with an ear-to-ear grin as she played tracks including “Rescue” and “Lights and Camera” alongside old favorites like “Decorate” and “Lullabies.” 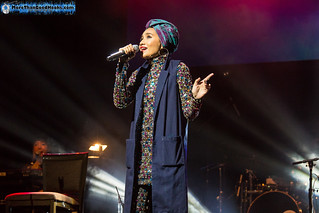 The crowd was even in for a treat as she performed the song “All I Do” from her upcoming album which will be released around February 2016!

She was charming not only in her performance but also in her stage presence. She kept a playful back-and-forth with her audience throughout the show, while projecting a demure and down-to-earth facade. 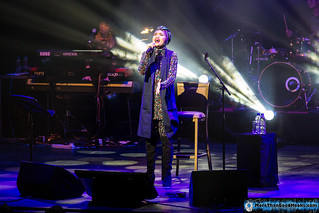 The lovely Yuna is the kind of person you wish was your best friend, the kind you could drag along to the park on a nice day so she could play you songs with her acoustic guitar, and have a good laugh in between. Unfortunately, she isn’t my best friend. 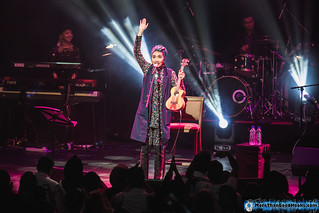 From her small shows back in 2009 to where she is right now, she has definitely grown not only as a musician but also as a role model. There was not a soul in the theatre who had not been caught up in the magic that night.