No one ever said being in a rock band was meant to be easy. You only have to observe the number of bands from the genre’s most recent upsurge from just over a decade ago who are either calling it quits or battling with the law of diminishing returns to realize that achieving longevity and the long-term respect of a fickle world is much, much harder than it looks. And these are undoubtedly strange times for alternative music. Despite an often overwhelming surfeit of great music emerging from the underground and the fringes of the rock mainstream, there are a precious few bands that look like they have been hanging around way long enough to earn legendary status, and even fewer that sound capable of making albums that’ll be revered for decades. But then of course, there’s Incubus.

Twenty years on from releasing their debut album that defied the odds and injected much-needed vitality into a rock scene that was relying almost entirely on Red Hot Chilli Peppers to retain any kind of momentum, Brandon Boyd and his compatriots are still here, still making great music with new material coming out soon, and still giving their fans fistfuls of reasons to give a shit. Incubus returns to Singapore after eight years since their last show, perhaps now they matter more than ever before. With a sold out Singapore audience on its feet, cheering and screaming, it seemed fitting that rock’s lovechild, Incubus, would choose the song “Wish You Were Here” to open their show on Monday night at The Coliseum. The song, built around a mesmerizing guitar riff and a powerful chorus, is about living for the moment. In this instance, the song could refer to the new purpose the guys from Incubus have received from their fans. 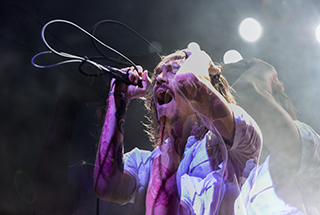 When Boyd suddenly left the stage after their introduction, the cheers from many of the fans signaled that they knew what was coming next. They went wild when the remaining members on stage dove into an abridged version of one of their classics, “Anna Molly”. The music surged forward as guitarist Mike Einziger plucked notes that boomed like they were coming from a carpet-bombing run. 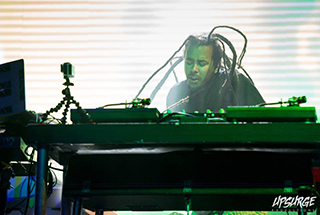 Chris Kilmore’s perfect recreation of his patented record-scratching solo was so impressive that even the crowd surfers were playing air DJ as they tried to stay afloat. With the band still raising hard rock hell, Boyd returned to lead the band in another power anthem cut, “Adolescents”. This was a critical test. But it was fans’ fierce loyalty and enthusiasm for the project that has helped keep Incubus afloat and on course through adversity. When the band announced its current tour — its first Southeast Asia jaunt since 2011 — fans quickly snapped up tickets, resulting in a string of sold-out dates (Japan was the group’s previous stop). And while Incubus’ recent online streaming new release of “Absolution Calling” isn’t the epic kind of heavy tunes promise, this crowd didn’t seem to care. They just wanted to rock. 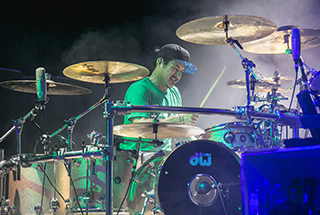 The quartet held nothing back for their cover of Lionel Richie’s “Hello,” which was the show’s high point somehow. The song was melodic, of course. Boyd and company created a groove that rumbled and roared like the sound of an army of pandas invading as he wailed and moaned like he was back on Soundwave’s main stage all over again. Man-mountain Ben on the bass flies around the stage with scant regard for his instrument or bandmates well-being, while Jose on the drums demands your gaze throughout, burying himself behind his drum set giving intense gestures. “Absolution Calling” is expectedly rolled out to wild enthusiasm, keeping the adrenaline levels high. 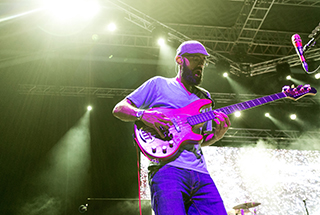 These guys would have no problem musically with any of their older tracks, but many fans were justifiably concerned that Boyd would fail any attempt to imitate himself for some fire-and-brimstone rapping in “Vitamin”. Boyd met the challenge bravely. Clutching the mic with both hands, he delivered each line with a punkish yelp that solidly contrasted with Rage Against the Machine’s rapid-fire vocals. To ease his burden, Boyd’s bandmates pulled back the musical furor during the verses. At the conclusion, Brandon Boyd struck a defiant Jesus Christ pose as if to offer any naysayers the chance to take their best shots at him. 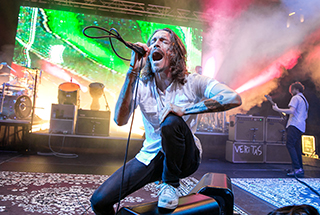 Returning to the present, the group rolled out two seemingly new tracks. Both songs were faster, more hook-centered, and less crunching than their old material (the first one being played already, titled “Absolution Calling”). Mike’s guitar playing in particular was less angular than it had been before. “Circles” zigzagged around a Peter Gunn-like guitar riff while Boyd sang low and menacingly. It was another uptempo cut, propelled by Ben Kenney’s bass playing, climaxing with Boyd shrieking and Mike pulling a melody of squeals out of his guitar. Another unidentified newbie “Trust Fall” had a slow, crawling rhythm and was clearly made in the mold of Black Sabbath. Mike let each open guitar chord resonate as Boyd crooned. 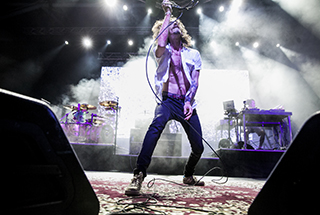 The audience was supportive during the new tunes, but it was easy to see their reticence, considering how they reacted to the old stuff. The band fed off the positive energy. Sometimes they reacted with a simple goofy grin. Other times, like during “In The Company Of Wolves,” Boyd got revved up and manically performed a ring-a-around-the-rosy with the mic stand. 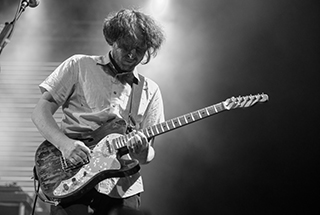 In contrast to the surging ocean of bodies in front of them, the group in performance was absorbed in concentration. The instrumentalists, particularly guitarist Mike Einziger, seemed to conserve their motions to playing with a minimum of showboating. They seemed a bit tentative and kept close to the songs’ album versions. The only moments of release came when Mike would strum the songs’ colossal guitar riffs during the chorus, and he’d spring in the air as he struck the strings, only to have his knees buckle when the notes erupted from his amplifier. He repeated this shimmy over and over to songs like “A Kiss To Send Us Off” and “Nice To Know You”. 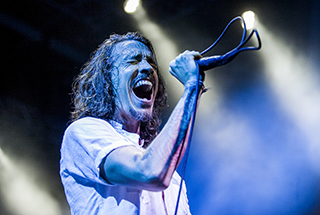 Meanwhile, Boyd calmly paced the stage. Instead of inciting the crowd with theatrics (although he did bend a mic stand by banging it on the stage), he mostly focused on singing. Boyd’s vocal range, always impressive on record, was intact for most of the show despite his age. Through the 19-song set, he leapt from a smokey croon to a hard rock god’s shriek. By the midway point, his voice showed signs of hoarseness — his ringing scream sounded like a screech on “I Miss You” and “Sick Sad Little World” — but a pair of slower numbers gave him time to recover.

The set list’s favored sing-along tune, being sung in unison was “Drive”, but the song’s riff-based rhythm was a clear touchstone for Incubus’ oeuvre. The tune also gave Mike his only chance to really stretch out and play a longer solo. With his fingers darting the length of the guitar’s neck and his feet stomping on a rack of effects pedals, his guitar playing sounded more like a collage of high-pitched squeals than an array of flashy scales, which is totally fine.

The band was strongest on its known hard rock material and was defanged — uninspired even — on mellower, vocal-oriented material like “Pardon Me”. For “Megalomaniac”, Brandon picked up a notch and to reward their fans’ loyalty, the quartet closed the night with a thunderous feedback from each instrument, seemingly purging themselves through every word of personal tales. The crowd by then began to form few mosh pits and those not knocking into each other responded with headbanging and fists pumping. It was the best gift that Incubus could give to their fans — giving them exactly what they want.

Before departing from the stage, Boyd reassured the audience that the band heard the message loud and clear. “This is what we do and we’re going to be doing it for the fans. It’s been a long time coming,” Boyd promised. 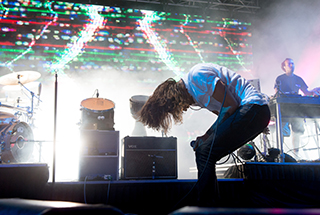 For the encore, Boyd demonstrated that he’s as talented a musician as he is a front man. Taking to the stage amid thick smoke, I feel the band are still nothing less than enthralling, exuding boundless energy and fierce passion with every note and word from the beginning of their set up. When Boyd’s bandmates finally rejoined him, the foursome happily obliged, delivering a series of knockout blows. It was the show closer “A Crow Left For Murder” — punched right after “The Warmth” — that brought the rowdy audience members to near riot levels again. Boyd again acquitted himself nicely on vocals, and had plenty of help from a crowd that knew every word. The fans didn’t seem to mind; such was their devotion.

Whether the band continues to ascend to much greater heights in a rock scene that’s becoming increasingly accepting of mediocrity is still to be seen. But from tonight’s evidence, it’s clear that Incubus’ artistic qualities, especially Boyd’s brilliant visual artwork on the big projector screen throughout the set, are unique and worthy of much greater things.

Don’t like them? Close your eyes and ears, as they’re not going away.