2018 has got to be the year of many firsts for me. I went for my first every hip hop gig in August when Chance The Rapper graced our shores and the second one was an unplanned yet surprisingly amazing takeaway.

I started listening to hip hop and R&B by the influences of my siblings in my pre-teen years, having learned about Tupac and Biggie, and also Talib Kweli and Q-Tip. Names of which now are being framed as the pioneers of rap music. Fast forward into the new millennium when the amalgamation of rap music and R&B seeped through the industries and have stuck around since then. The songs coined were almost anthemic and made its place on most iPods of those days.

About three years back, a friend introduced the song “Professional” to me and I have since played the song on my phone almost everyday just to complete my commuting playlist. I picked up a vinyl from a local record store titled Kiss Land. The album was elaborate and I was sold into the inserts that came together with the vinyl. And the sounds were crazy amazing on the vinyl player but I later moved to metalcore and forgot I had the record in the shelves until recently, when I learned about The Weeknd finally coming here since his album debut in 2012. It took him long enough but he finally did his long awaited Asia tour.

I was not sure the kind of crowd to expect during the show as I stood shoulder to shoulder with people of whom I can’t exactly pin-point the exact genre of music they listen to, as opposed to going for a metal festival where almost everyone is clad in their favourite band’s shirts, wearing them proud but still being the metal heads that they groomed and dressed themselves to be.

I was wearing my Architects shirt and I was sure no one around me knew the band so I wouldn’t get called out for wearing a non-synonymous band shirt to a R&B alternative gig. But I was there to have fun and more so, the possibility of buying into the hype of pop music of this day. I was unsure of what to expect but I anticipate nothing else but the positives.

The crowd was greeted with an opening act, DJ PNDA. His setup was nothing that is familiar with the usual electronic artist. Instead, he had his setup done so in a way of a drum setup, with the kaoss pads as his toms and the cymbals on both sides to boot. Clad in a black mouth mask and donning a vest, I guess it was his on stage persona as suggested by the name itself. I was just waiting for the music to ring across the crowd. 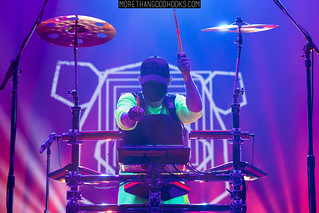 As soon as the track came on, the bass floored me and I could feel my heart at my throat, at the same time being perpetually surprised by how good he was. He looked as though exactly like what a drummer would do and play on stage but he took the limelight for the night. The song mixes from the popular rap music numbers of today made it to his list of remixes as the crowd sang to the lyrics of the song. My mouth hung low as I watched the crowd, many of which that materialised in front of me looked exactly like how I was 10 years ago, young teenagers having the time of their lives.

The only remix that caught my attention and I was able to sing to was the song “HUMBLE.” by Kendrick Lamar, also a well known name in the music industry, having also worked with the star of the show for that night for the highly acclaimed Black Panther soundtrack, which I strongly feel in my honest opinion, has got to be the best soundtrack of the year.

True enough, the night started out with “Pray for Me”, a track off the movie soundtrack. As soon as he started singing, I was in awe. He sounded exactly like how he sounds on recording, and I must say it was way better. It was definitely a high start to the night. 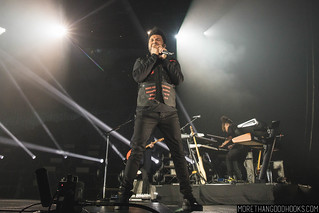 “Starboy” as I could recall was a severely overplayed song on radio. I could sit in the car for two hours and would have listened to the song over five times within that period. And even so, I still couldn’t make out the words he was singing to. Thinking that watching him live would change it, I guess I overestimated myself this time around but was pleasantly surprised that people around me were singing to each and every word to the song. It looked as though it was the second air they breathe.

“I Can’t Feel My Face” was one song that I could get behind and dance to because somehow, it will always creep into the random playlist that I will have playing on Spotify and when he performed the song live, all I said to myself was “Huh, this guy can really do it live. This is impressive through and through”. As much as you hear the tenacity and the prowess in his voice in the recordings, being mapped in real life and real time as he sounds exactly the same, but it was strange that it looked so effortless as he executes each and every note to the song flawlessly. More often than not, even the sudden installations of him belting a random note and beckoning the crowd to sing along to it, fits into the bill like a second glove. 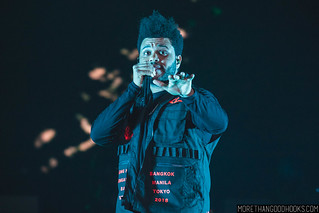 Forgive me for enjoying the song “Earned It” a little too much, having followed the trilogy of 50 Shades of Grey. I am not a massive fan of the literature but I can’t do enough with the amazing soundtrack and conveniently enough, The Weeknd made a name for himself by being a part of the year’s top two best soundtracks, in my books. The song encapsulates emotion well as it could be transposed to any given situation, but for me, it’s all clean and good fun.

I was surprised that the song “Often” made it to the setlist given its provocative lyrics. But what made me more surprised is having the crowd singing to it, unabashed. I, for one, was chuckling to myself and thought to myself that I should take a stand to maturity and just concentrated on the music behind it. It was interesting nonetheless and I have to admit it that this song was on repeat for the many times I’ve visited the particular album.

It was a little let down that the song “Professional” was not one of choices that night even but that would have made the setlist impeccable because the arrangements for that particular song is magical. I personally find that he placed his name on the map with that track alone and it was how many artists and fans could quickly warm up to his terms for music and hence the reason why he garnered so many supporters, across all ages. 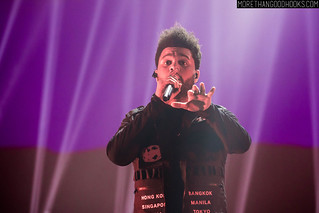 “The Hills” made it as the closing song for the night off his Beauty Behind The Madness album, with “Wasted Times” coming before from his newly released EP this year titled My Dear Melancholy,. These two songs exuded much desperation and regret and resent but with the tunes supplicating the lyrics, it was magical and much less worrying to sounding like a bitter, bitter person. This is something I learned and realised how The Weeknd managed to put together angry and sullen lyrics together with his moments of boosting of the ego tendencies; while it all boils down to the women folk. If anything, his material serves as a platform for the many guys whom have words failing them each time they try to be bare with themselves.

I didn’t think I would end up dancing that night but little do I realise, that going for concerts alone has its perks and I had so much fun by myself. What more with songs I can dance to, in the dark, when no one is looking. A new experience to go down in the books and I enjoyed myself thoroughly, for a whole night full of new musical experience for me and a new found love and appreciation for the genre.

Thank you Live Nation Singapore for the night much needed for many to unwind.