Being one of the pioneers of the post rock genre, the band Tortoise has made an impact to many of the new day post rock bands that are on the rise up the popularity bar today. Started in year 1990, the year where I was born, Tortoise has released a stream of awesome works, of which some were in collaboration with Beck and also the guitarist of the highly acclaimed band Sonic Youth’s Thurston Moore. We, fans in Singapore, have had the awesome opportunity to witness them performing live before us since their last visit here a few years ago.

Being a public holiday for us then, I was expecting the crowd to be in a huge number and therefore preparing myself to be packed in a can like sardines because to my knowledge, the venue is pretty small. As the post rock genre is getting more likes and loved by many music lovers, I didn’t think any of them would want to miss the chance of seeing one of the first pioneers of post rock gracing our humble shores with their magical numbers. 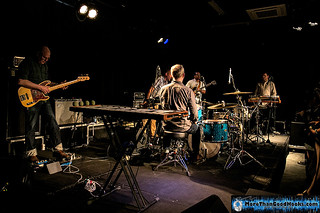 I stood fairly close to the stage, I was nervous because I don’t exactly know what to really expect from a show as such because I haven’t exactly been exposed to raw post rock but more so like stoner psychedelic post rock through the amplifiers. The excitement was overwhelming and was still pretty surprised that the studio was not packed as what I deemed it to be. 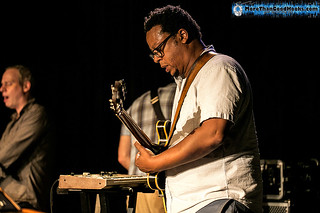 We were greeted by five stunning middle-aged man, though middle aged, I’ve never seen them looking so good and so psyched to play a show. The guitarist, Jeff Parker, especially caught my attention. He looked pretty much like how Richard Ayoade would in years to come though I was more captivated staring at his beauty of a guitar. I have to admit though, I don’t listen to many of their songs. Possibly one or two which I’ve come across before and keep going back again, especially the song “Eros”. 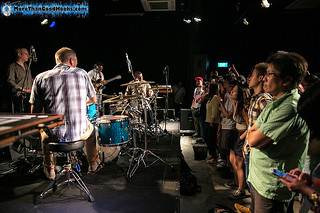 They graced the audience with the opening of the night. The song “Monica” got people tapping their feet and head bobbing from side to side, up and down and pretty much just jiving in tandem to the beats. I find it exceptionally hard to keep up because I’ve always been the ‘headbanging’ one at gigs. Not saying that the songs are not ‘headbanging’ worthy, just probably I’d end up attracting unwanted attention if I were to do so. Though I was pretty much in awe when I see two drum sets and I was thinking, “woah, that’s top rad”. It is not everyday you see a band having two drummers what more, having switch instruments amongst themselves. 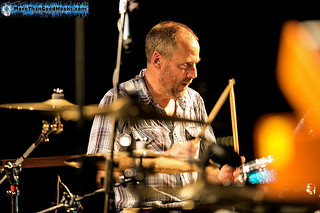 The song “Prepare Your Coffin” was one of the two songs that I listened to and I was pretty much in all smiles when they played it. The energy was omniscient and the hard hits on the snare and the twang-ing from the guitars and the waves of the synthesizers and the keyboard fused to become one humungous melody that’s quite hard to fathom. It’s such a sudden surge of fresh energy that fuels the whole song. I could feel the energy from the audience building on and we were just all too overwhelmed. I couldn’t even grab hold of my handphone to take a little picture as a memory takeaway from the gig. I was just basically, in full force, awed. 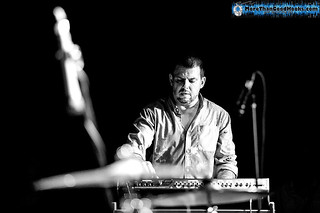 The only gig I’ve been that had more than one encore was Sting’s concert. And this was the next one. We were in for a treat we were not only given one, but two encores. The flow of energy from the audience was in the momentum of the songs and we didn’t mid if they were to be three more encore rounds as well. It feels like a way better environment and music to be ‘clubbing’ with as compared to DJs spinning their remixes. The last song “Seneca” on their second encore got the crowd all rowdy in a good way and streams of cheers were sent towards the stage as every single one of the audience clapped their hands to the rhythm. We looked as though we did not need any booze to make us all gipsy-ly happy. 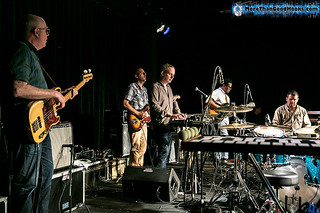 I must also admit that prior to this, I was never exactly a fan of post rock. I kind of dislike the idea of off beat/off timings signature then. I thought that music should be proper, like it is written in the books. I was obviously grossly wrong. I discovered post rock and was given an abundant of weird time signatures to deal with but I never regretted divulging into such a genre because if it hadn’t been for Tortoise, bands like Godspeed You! Black Emperor nor And So I Watched You From Afar would not even be around to grace us with their superlative musical emotions. I enjoyed myself thoroughly and I went home with the biggest smile on my face. Truly a breath of fresh air of music by the band Tortoise. Thank you Symmetry for giving us a wonderful Vesak Day.