If James Bond ever decided to do music, perhaps he would go for the “babymaking music” that Honne is good at. Also British, the duo is known for their romantic electronic music and sweet lyrics from debut album Warm on a Cold Night. Last Saturday, the duo (plus touring musicians – an additional drummer, keyboardist and female backing vocalist) warmed Jakarta up at the 7th Music Gallery, held in Kuningan City. More Than Good Hooks was one of the media partners at the event. 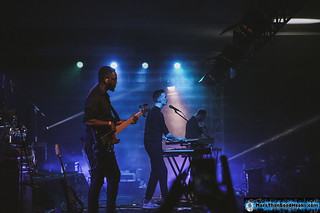 Their 60-minute set kicked off with “Treat You Right”, followed by “Coastal Love” and “Til The Evening”. The 5,000-strong crowd, made up of mostly twenty-somethings, sang along for the most part. The dark ballroom was turned into a moody space with blue lighting, a perfect setting for lovebirds to slow dance with closed eyes. 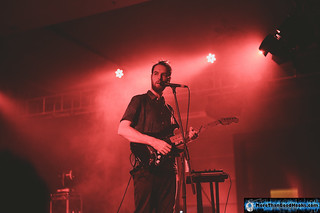 Frontman Andy Clutterbuck was really good at making casual conversation, too. He started with “kami sayang kamu” (we love you), and repeatedly thanked the audience for “being awesome”. The crowd responded with more singalongs and synchronized waves with smartphones. Clearly, everyone was up for an intimate concert experience.

A precious moment from the set happened during “Someone That Loves You”, a track that was originally performed with Ethiopian-English singer Izzy Bizu. That night, it was performed with their backup singer Naomi Scarlett, and surprisingly, the magic did not disappear. All around, couples hugged out and sang along to the song. It was a spontaneous prom night moment, in a good way. 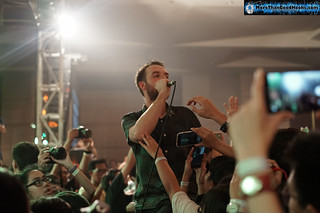 Honne, a name that comes from Japanese phrase meaning “real intention”, bowed out with hit single “Warm On a Cold Night” at midnight. Andy surpassed everyone’s expectations by putting himself among the crowd, leading the climatic singalong. It was an act that was rewarded with appearance in numerous Instagram Stories.

If everyone was in the right mood to enjoy Honne, it was also thanks to the acts who performed before them. Most notable was Yogyakarta-based duo, Stars and Rabbit. The rising indie band, the only one from Indonesia who performed at this year’s Laneway Festival in Singapore, delivered a very strong performance. 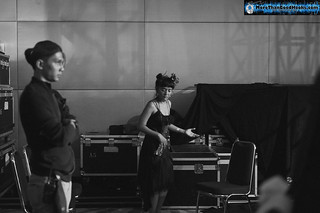 Minutes before they went up on stage, Elda, the eccentric vocalist, performed some kind of New Age ritual backstage. Appearing on stage barefoot, she led her band to a mind-boggling 7-song set. The vocalist, best known for her high pitch, almost always looked like she was in a trance while singing. 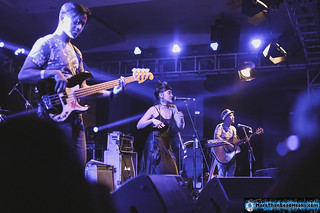 In the setlist was “Old Man Finger”, “Catch Me” and “Kindred Soul”. While not singing, Elda was a very charming frontwoman, telling the crowd to “give each other some space” to dance and enjoy the night. The set concluded with the popular “Man Upon The Hill”, which featured the sensual “ah, ah, ah” bridge. 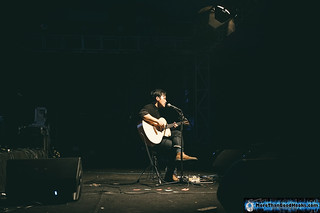 Playing before Stars & Rabbit was Bin Idris. A one man show armed with acoustic guitar, Bin Idris, an alter ego of Haikal Azizi of respected indie act Sigmun, was a storyteller that reminded one of mellow indie outfit Payung Teduh. His nonchalant attitude was an underline to his identity as a soloist. At one point, he was halfway through a song’s intro, when he abruptly stopped and shrugged it off by saying: “Sorry, I forgot the melody.” He played “All I Want is You” from Juno‘s soundtrack instead.