Kicking off the night was homegrown singer-songwriter and SGAG funny gal Annette Lee, who was accompanied by local producer Brannlum. Their minimalist setup was refreshing and impressive, and very clearly captured everyone’s attention, as Annette hit all the right notes. The clear standouts were “Ready for a Saviour” and “Remind Me”, both off her EP titled All Our Achilles Heels. 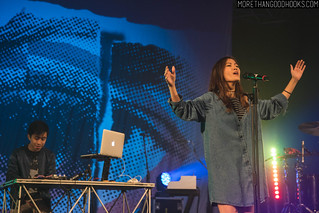 Shortly after, out came the Poughkeepsie pop rock quartet in all their glory. Made up of Chrissy Costanza on vocals, Daniel Gow on guitar, William Ferri on drums, and Jordan Eckes on bass (also of We Are the In Crowd, currently on an indefinite hiatus), Against the Current emerged from the shadows ready to rock, with the charismatic and petite singer leading the charge, in a simple yet flattering outfit and eye-catching hairdo. Chrissy was immediately on the receiving end of particularly loud hollering from a not surprisingly large amount of male fans. 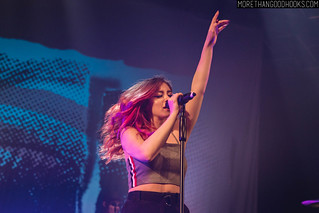 Against The Current has been on a roll ever since they released their debut album In Our Bones just two years ago. And their fourth time back on our sunny island saw them upping their game yet again, bursting onto the stage with a new one, “Strangers Again”, which immediately got the entire room grooving along with Chrissy, who somehow managed to stay in tune even as she jumped about on stage.

Although the overall sound could have been made a little more crisp and tight, especially for those who were standing closer to the back of the small venue, the band did a superb job as an entity, especially with Will on the drums, dialed in to delivering a flawless performance from start to finish. 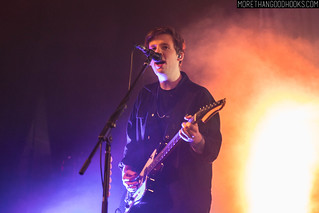 They performed tunes like “Gravity”, “Runaway”, “Chasing Ghosts”, and “Roses”, which were all received well by the audience, who danced along animatedly to their favourite songs. Curated with intent and poise, their setlist covered all bases, with segues planned down to a T, and even included “Dreaming Alone”, which features Taka from ONE OK ROCK. 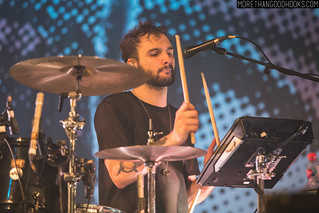 The band has dabbled in many different genres throughout their still-blossoming career, even covering My Chemical Romance’s “Teenagers” before. Too big for the cage they’ve surely gotten, but they nevertheless remain grounded and appreciative when it comes to their fans’ support through the years.

The 23-year-old Costanza took some time to thank the audience for coming out time and time again, and tried to take our minds off the fact that it was just Tuesday. “Let’s act like it’s a weekend,” she said, before the band charged into “One More Weekend”. 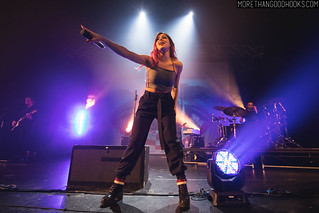 Before we knew it, the night was nearing its end. The encore included fan-favourites “In Our Bones” and “Wasteland”, off their impressive first full-length studio effort. In hindsight, their humble beginnings on YouTube seem like a lifetime ago, as they continue to traverse the globe, blazing through cities like the field of gold they’ve very much earned.