Hailing from Poughkeepsie, New York, Against The Current (“ATC”) is a pop/rock band comprising Chrissy Costanza (lead singer), Dan Gow (vocals and guitar) and Will Ferri (drums). The band rose to fame by performing covers of famous artists on YouTube, which includes their collaboration with famous producer and musician Kurt Hugo Schneider. Chrissy also actively collaborated with other YouTube sensations such as Alex Goot, Sam Tsui, and Max Schneider. On their second visit to Malaysia as part of their Gravity World Tour, the band put up show covering EP titles, new songs from their full-length album which has yet to be launched, and even a cover of Kelly Clarkson’s “Since U Been Gone”. 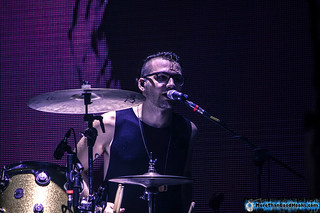 The stage setup, I would say, was simple and clean, in contrast to the ceiling of the hall shaped like a dome encompassing stars, galaxies and the likes, which by the way, dimmed in purple and pink hues. With that, the band started off with a mixture of rock numbers from the Gravity and Infinity EPs and a total of 14 songs were performed, accompanied with singing along by their fervent fans without missing any lyrics and beats! 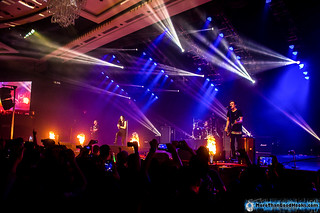 I have been a fan of the band for a while ever since I stumbled across Chrissy’s collaboration with Alex and Kurt on “Beauty And A Beat” back in 2013. The band seems to have grown so much in the past two years, which is evident in their songwriting. The fans were swoon over when they performed “Outsiders” from their new album, which is personally, my favourite of all the songs performed. And who wouldn’t enjoy the “head banging” moments as the band performed “Gravity” and “Fireproof”. The fire flames on the stage (yes, there was real fire and not just flame effects) really fits the theme and presence of ATC. This caught the fans and even the band by surprise as they carried on the performance. 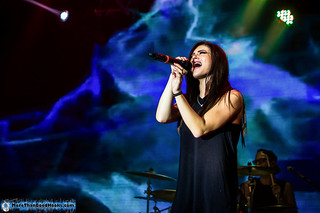 The band showcased their ability to belt out on the fast paced songs such as “Talk”, “Paralyzed”, and “Since U Been Gone” and also mellowed down a little in “Outsiders” and “Comeback Kid”. The trio performed without a single trace of exhaustion, especially Chrissy who consistently hit all the higher notes, chit chatting with the fans in between, whilst energetically bouncing on the stage as she rocked out against Will’s drum beats. Seriously, who would have guessed that level of energy is jammed packed into such petite frame! 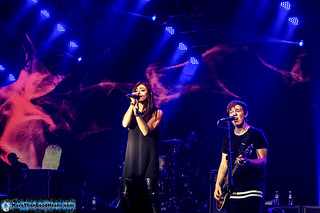 In the entire one hour of their performance, the group was really engaging as Chrissy introduced songs from their album and also reminisced their show in Malaysia a year ago. In between the seventh and eighth song, these overzealous fans (whom I believe, have been fans since their YouTube days too) even dedicated a Happy Birthday song to Chrissy whose birthday falls on 23rd of August. At one point, Will mischievously teased the crowd by passing out his drumsticks which got them cheering and squabbling to get them! 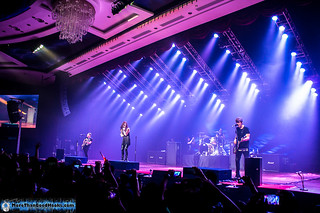 After the encore tune of “Brighter” and “Another You (Another Way)”, the concert finally came to an end with the band thanking their fans. They pulled off an amazing performance in rocking out the night, and rocked out they did! Believe me, we would be seeing more acts from ATC for a little while!