Two Friday nights ago, And So I Watch You From Afar destroyed the eardrums of everyone who was present for their exclusive, one-night only performance in Singapore at Zouk. 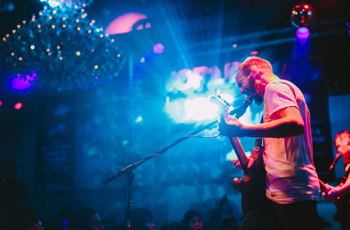 Having a math rock band perform at Zouk, the internationally recognized dance party central, may seem unheard of however, we have no qualms about it as long as the speakers do justice to their sound, which they did by the way. Every wobble of the bass and every distortion of the guitars could be heard. 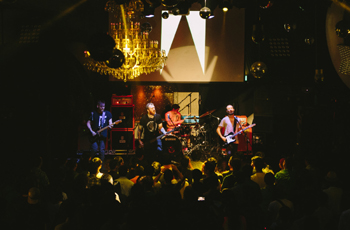 The highlights were their opening, the upbeat “Eunoia” and its transition into the fast-paced and epic guitar-chugging of “Big Thinks Do Remarkable”. It set a benchmark onto how the rest of the set was going to play out, which presented a myriad of sonic dexterity. These Irishmen knew exactly how to please the crowd. 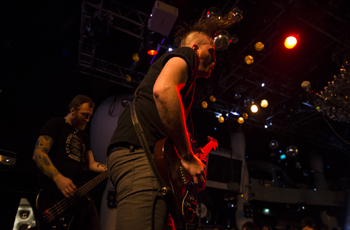 They played a balanced number of tracks from all three albums, using the evolution of their sound to help pace the show. Giving time for mellow moments and also allowing high-powered electric moments to amplify and takeover the scene. What was exceptional was how effortlessly their transitions were in between songs, from the bass-heavy “Like A Mouse” to the technically exquisite “BEAUTIFULUNIVERSEMASTERCHAMPION” and the profoundly anthemic “7 Billion People All Alive At Once”. 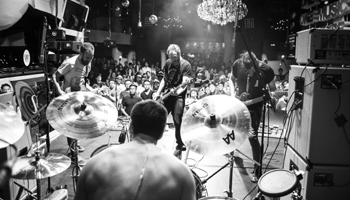 Though the band faced a little technical difficulty with frontman, Rory Friers’ guitar, they remained in high spirits and delivered the rest of the songs impeccably. Friers even jumped into the crowd and played amongst the audience, probably running on a high coming from the thrill that they were actually recognized thousands of miles away from home on a small little island like Singapore. The band was truly grateful to the fans, who were themselves probably surprised but truly excited about this small band coming into town to play.

Hopefully these guys come back again in the future with more to share with their small but loyal following in tiny, tiny Singapore.