Still riding high off of the critical and commercial acclaim for their excellent second album In Rolling Waves, New Zealand’s hottest exports bring their patented style of indie-tinged electronica back to Singapore for the second time for an excellent night at Bliss-Out despite the weather. 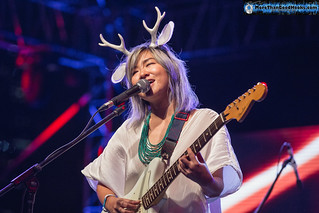 To start things off, there was the opening set by local musician Inch Chua. Inch’s music has been described as a very interesting mix of introspective acoustic vibes and electronica. Chirpy as it is, Inch’s voice exudes deep maturity that deceives her youthfulness — one gets the feeling that an entire song can be strung together solely by the strength and weight of her vocals, melodiously framed in the absence of any musical instrument. The crowd even got a treat as she performed new tracks from her latest EP, “Letters to Ubin”, which was released in late November. 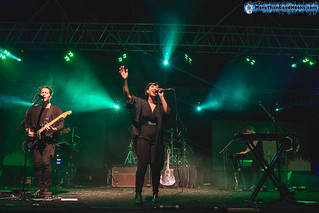 After waiting in the rain for thirty minutes, the low rumble of bass greeted the headliners to the stage before launching into the first track from their latest album, “A Stillness” – an up-tempo track tinged with acoustic guitars and crisp harmonies that got the crowd pumped up. 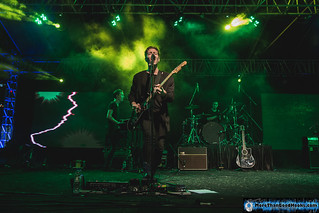 At every moment the band were entirely on top form as well – both singers’ notes were perfect and the band managed to produce almost a wall of sound whenever the harder moments hit, which was even more impressive when noting that they only have one guitarist. Anyone that’s seen their incredible (and free) concert film “One Temporary Escape” knows how amazing The Naked and Famous are live and they certainly lived up to that reputation this evening, leaving the crowd begging for more when they closed out their main set with live staples “All of This”, “Punching in a Dream” and “No Way”; all met with thunderous reactions from the fans. 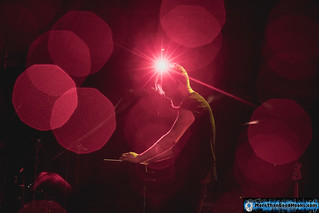 After 14 songs, they closed off their show with the one and only, “Young Blood”. The audience was ready even before the first riff was played. The group’s enthusiasm and love for their music was evident throughout the performance, and made even the more somber songs a spectacle. While The Naked and Famous have matured quite a bit in the last several years, their show at Gardens By The Bay proved that growing up doesn’t always have to be hard.