Growing up, having been exposed to as much music as I can, with the help of my father playing songs on the radio on a daily basis, hip hop was something of a commodity in my household. I was curious to understand what ‘freestyle rapping’ is but was often being stopped by my eldest sister who seemed to have the view that hip hop is an inappropriate genre for anyone under the age of 18 years old.

I was first exposed to Eminem’s ‘The Eminem Show’ that was released in 2002. I was only 12 and I somehow managed to convinced my mum that his songs were educational for her to buy me the CD. Since then, I listened to nothing else except for hip hop for the remaining days of my primary school life. I delved into metal music as I got older and hip hop seemed to be a thing of the past for me until recently.

With the spurts of new rappers coming up at every corner, it was hard to keep up. But the weird part was that the music seemed different. It seemed trashy rather than a true art form. I was not able to get myself into the new hip hop music until I stumbled upon a song by Blended Babies titled ‘Family’ on YouTube and there and then, I was in awe by this new and fresh talent yet gives you a good throwback of how good this genre used to be about a good 10 years ago.

Chance The Rapper was featured in the song and, he became the talk of the town ever since. My friends have been telling me to check out Chance The Rapper to get me away from listening to Fetty Wap on repeat.

I never gave his music my fullest attention but I soon did as I learned about his Asia Summer Tour 2018 and Singapore happened to be one of the stops for his tour. It would be the very first time I was to attend a hip hop gig and trust me when I say that I have no clue on how to act or expect at a show like that. I started listening to his material on Spotify. He has since released massive hits since 2015 and three years down the road, he has made a name and identify for himself, being called the new kid on the rise and a force to be reckoned with. His album ‘Colouring Book’ provided a spectrum of rhymes and rhythms, known best to him, in the ways he expresses himself best, a story book setting that takes the listeners on a journey.

I reached the venue and was afraid I was a little too overdressed but I was doing my head in, obviously. I found a spot near the sound booth and stood at the back, while I watch the wave of people dancing to the music the DJ was spinning up on stage. An amalgamation of hip hop, pop, and electronica, mashed together to create the hype in the atmosphere. I was adamant and confident that I have two left feet and I just stood rooted in my position, but made attempts to sway side to side in tandem with the music, to get myself comfortable.

The crowd roared in cheers as we were greeted with the man of the show. The night started out with the iconic song off the album titled “Mixtape”. From where I was standing, I could see a wave of different groups of people rapping to the words of the song and some of them were seen giving off slick dance moves, for what I am sure that it was the choreography of the song. It felt like a massive throwdown show where people were just jumping, singing and banging bodies. It might sound somewhat similar to a normal metal gig but the ambiance was very much different. 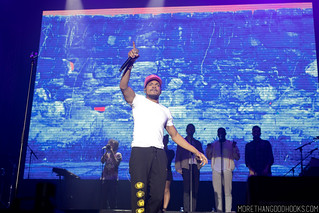 We were gifted with a crowd favourite titled “Blessings”, another number off the album and I took a liking to. For someone that has yet to seek the beauty of religion, this song kept me at bay and to always give my thanks to the most high. Not only is this a song with impeccable rhymes, but it serves as a lesson and a reminder to those who forget or overlook.

The night from what I thought has already reached it’s pinnacle as soon as the song that was being most raved about came on, “Juke Jam” had the whole crowd dancing in awkward moves and I hear intermittent swoons of girls in the crowd when they catch a glimpse of Justin Bieber on the screen. Even so what looked like the zenith of the party, Chance convinced the crowd that “the party has not started yet” and I remembered going “huh” because I was all too confused but he meant that the best has yet to come. 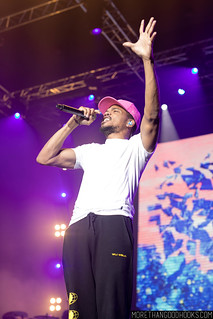 It was at the end of the song when he belted out to the crowd “the party is about to start” and he counted down with us. As soon as our mouths yelled “one”, the music that reverberated across the speakers were all too familiar and I too was caught in the moment. It was one of the few songs that I couldn’t help but to have it on repeat. The song “All We Got” got the crowd wilder than ever. People around me were spilling their beer and dancing like tomorrow never mattered but I still held my ground and didn’t move and inch. I was sure feeling like a true buzzkill but I was all alone and I don’t exactly know whether my moves are worthy of any eyes to see. 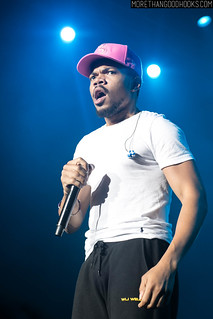 I was defeated when the song “No Problem” came on and it felt like a true celebration with pieces of parchment papers shooting out from the celebratory gun. I jumped and rapped and was amused that I could spit bars. And then and there, I found myself staring at Chance on stage. He could do this all day everyday and he is still smiling. His music makes everything meaningful and heartfelt. That was when I realised that he was a cut above the new age rappers. Each and every one of these rappers have a different style of showing their craft but Chance’s materials were straightforward yet impactful. Accompanied with the impeccable tunes and collaborations, he made a name for himself, not only as a good rapper but also a good role model to budding rappers out there. He is a living proof that not everyone has to follow the path they thing they’re set for, but more so to break free from the mould. 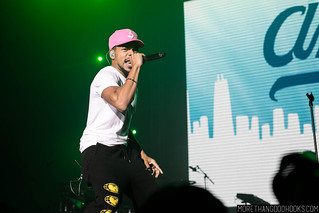 The night ended with a bang and the song we recognised to be the closest to him as a rapper titled “Blessings (Reprise)”, the song of very little words but yet creates an impact. It was the similar song performed earlier in the night, but this particular version was what that felt bare and true for Chance. We could all learn one thing or two from the takeaway of this song, about him.

It was a great night well spent and a first to many more hip hop shows to come. Thank you LAMC Productions for the wonderful evening.