The first few hours on the last day of the F1 Singapore Grand Prix are overwhelming. The scale of everything from the Marina Bay Street Circuit area the event took place upon, the promise of ongoing music, the decent stages at all corners, to the various artists from around the world performing to a quarter million people I assume, is considered enormous. Food and beverage booths are clustered at one end, while the other is a warren of cobbled paths and archways, each bringing you to another grassy pit or pathway, which looks exactly like one you’ve just passed, but is somehow never the one you were looking for. 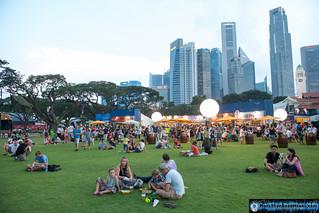 On first impression, the whole extravaganza seems no different than any other European booze-soaked festivals. You have the omnipresent English and Australian accents of festival goers of course – in flip-flops and gripping cardboard carriers that accommodate six large cups of beer at a time – and there’s little reference to the event’s lack of our own locals roaming around. But as the days begin to blur together, and as attendance numbers to the final day peak directly in proportion, it has to be said, to the increasing quality of the music on offer that the charm of the F1 Grand Prix comes from discovering its less impersonal corners, like the Living Topiary who’s on a constant motion showcasing their breathtaking stunts and a little bit history of our homeland. 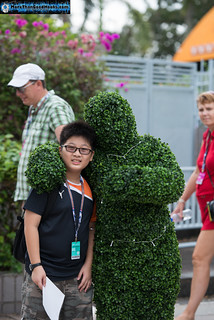 Ziggy Marley’s hyped Sunday’s show was bells and whistles, bobbing and bouncing, dancers and more backup singers, miming guests and product placements – but even as pairs of Marley doppelgangers are flung into the midst of the crowd at the Esplanade Outdoor Theatre, it doesn’t hide the fact that his actual performance time clocks in at around 50 minutes. 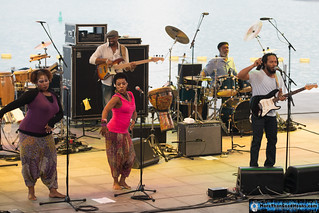 Ziggy Marley’s opening act had a lively expression of himself armed with a group funky bandits, rapping, singing and tweaking, distorting and leaping over his instruments to gain the crowd’s attention. He who delivers one of the festival’s highlights, relentlessly ramping up the atmosphere throughout his high-octane set with classics like Bob Marley’s cover of “One Love” and his own “Love Is My Religion” magic, with the cooling, calming bass-heavy drum and bass soothing those hollow-eyed and weary from three days of entertainment.

Near the waterfront, boys and girls of all ages endured to a petulant commentator, a cold shower, and a drink at the bar might be the case for those old timers before sitting on the bayside to enjoy a mixture of reggae, hip-hop and indie from late afternoon to dusk. And then there were the supporters representing their favourite drivers. Fans of Lewis Hamilton, Sebastian Vettel, Fernando Alonso and Kimi Räikkönen all made nautical noises of course, as they thoroughly ransacked the place with their anthems. 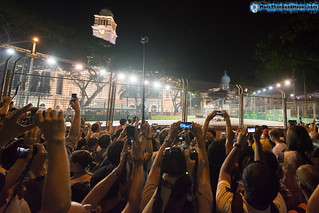 Esplanade Park Stage however is a grittier option to the Esplanade Outdoor Theatre, located in between the latter and the Padang of the festival site. With so much variety on offer at a festival the size of Exit there’s an assumption that people will mill about with open ears and minds to new artists, especially our homegrown artists. In reality, more frequently than not, lesser-known artists on smaller stages contend with just a handful of diehards and gaping grassy areas. Case in point: The Sam Willows deliver a blistering performance to crowd of no more than 100. However, the spell was broken once a cup of beer was lobbed to the front of the stage by a drunkard that caused a ruckus with the crowd as he storms off, leaving the band to make amends. I only managed to catch their set halfway through, as I made my rounds. 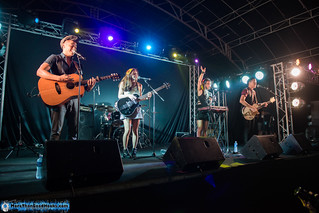 As night fell, the crowds went towards the different sections of the race track. However, we all have to admit it was the race day itself that stole the whole show. The Padang housed a huge screen on stage that provided crystal clear sound for the best of everything, initiating all acts to be put on hold for their respective showcases there. Either that, you tentatively make your way up a hazy walkway under the bridge towards the Esplanade rooftop where you get a slight better view of what’s going on. A wide path caters for the shapes of people barely visible in the black night on the ground but comes a deep rumble of engines that shakes the grit under your feet as you look over the steady incline towards the lights focusing on the race track. You’ve made it. The race was underway.

Singapore, known for its first street circuit race since 2008, has matured from just a simple addition into a globally recognized event catering for a wider range of musical tastes as well. Fans storm the barriers of Marina Bay Street Circuit once the winner was announced.

Jennifer Lopez’s spectacular closing achieves new levels of sensory saturation, and by the encore is receiving a frenzied, jacking crowd response for brash early classic “Love Don’t Cost A Thing” and her recent hit, “First Love”. The main stage proves to be the doing or undoing of JLo. She eats the Sunday crowd for late dinner, leading a nonstop charge through up-tempo chant-along favorites like “I’m Real” and “Get Right” to come along with a voice of surprising strength and clarity. Two minutes later, there isn’t a spare square inch of wiggle room as people pour into the thronging, heaving crowd during “Booty”, which turns to hell as I attempt to escape the pop-rinsed grinding bodies, leading to long period of jostling, pushing, and unwelcome groping before I was finally ejected to safety. Her buzz-saw melodies manage to wring out few traces of our energy on Sunday, with a bracing mix of ghetto tech and caustic electro somehow, but without doubt, Padang’s highlight is its Sunday program. Absolutely booty-ful. 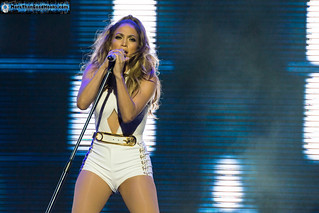 She plays tough, hard-edged grooves directly to the crowd, coolly disregarding her gawping admirers on all sides. She refused to be overpowered by her own dynamic visuals, using a live guitarist and outstanding backup dancers, and somehow I manage to catch a glimpse of Pia Toscano, an American Idol finalist as one of the backup singers, too. The jovial interplay between all of them performing, bring even JLo’s more downtempo tracks to life. You could say the same of songs like “I’m Into You” and “Waiting For Tonight,” the latter of which JLo performed with only few black strips covering her delicate parts while slithering from side to side in one-piece – sizzling hot, naturally. In that bodysuit – one of at least six costume changes, each accompanied by a video interlude, she also zipped across the arena to deliver another crowd-pleaser, “Let’s Get Loud,” which was followed in due haste by the undeniable “Dance Again”, “Never Satisfied”, “I Luh Ya Papi” (no French Montana was seen, though) and the anthemic “If You Had My Love”. 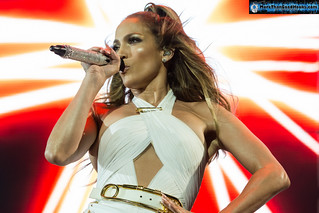 After a total human traffic jam prevents me from going anywhere in the Padang for nearly twenty minutes, I finally reach the front of stage as JLo is hitting her peak. As curtain call is setting in, she unleashes one of her best sets in recent years, impeccably mixed and deep without indulgence, with “On The Floor” like what sounds like a musical parade, constructed entirely of American marching band sounds. A thrilling climax, no doubt, but it sure took a while to get there – so much so that you might think JLo is still feeling stung by the tepid reaction to her latest album, A.K.A – perhaps still determined to prove the naysayers wrong. She sounded terrific on all, of course, but with a post event, ready-to-party audience angling to groove in the aisles, rather than sway with their hands to the heavens, overall it missed the mark. That’s not to say that she didn’t try her damnedest to win the crowd over with an equal dose of sex appeal and good old-fashioned hyping. At one point, she declared, “I’m falling in love all over again for Singapore,” in her flirtiest tone. At another, she instructed the thousands surrounding her to loosen up and dance along. 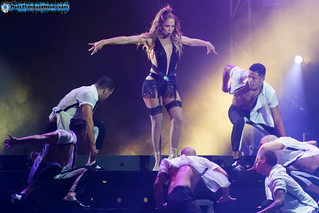 Instead, Jennifer Lopez reminded all in attendance why she deserves to sit at the top of the R&B heap: unequaled showmanship and those decent vocals, best demonstrated during the closing end, with “Jenny From The Block” followed by “Hold It Don’t Drop It”. In the end, it was a stellar send-off, but even a singer at the top of her game could use an occasional refresher in giving the people what they want. 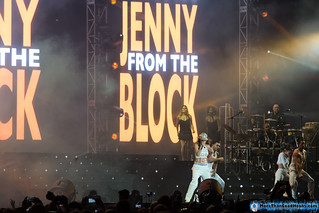 On a side note, I was so bummed about missing out the likes of John Legend and Reuben Stone due to the different zones and time constraints. While there are so many things on a micro level that are charming and unique about F1 – the location, the local residents, and the attention to organizational detail in particular – it’s inevitable that such a huge event would eventually face criticism about its amorous beer monster revelers and increasingly mainstream lineup. It feels a bit unjust to reduce a festival with so much variation to a sentence, but even so, with the memory of warm surroundings despite the haze, happy faces and excellent performances from the foreign acts, the homegrown pros most certainly outweigh the cons.