In a hidden away gem of a venue at the packed Mega Star Arena, there was a collective hold of breath from the crowd as the countdown on the big screen fittingly ticked from the number 25 down to the very last zero. Nostalgic memories blinked away with every second and at one point, I could see a very young me seated by the radio with my sister. She had just bought her first cassette tape, “Paint My Love Greatest Hits” by Michael Learns To Rock (MLTR). We were huddled close together in the living room corner and I vividly remember my attempt to mumble along to the lyrics of “Sleeping Child”. 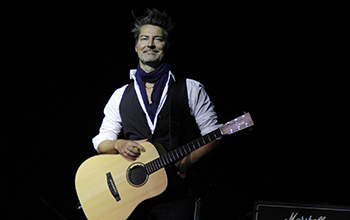 This however is not even remotely about me, but rather the very fact that MLTR has thrived on for 25 years now, and the crisp vocals of their voices and instruments could still pierce through the crowd and make it sound as meaningful as it was all those decades ago. Lead singer Jascha Richter told the crowd right before launching into “Sleeping Child”, “We played this song in Kuala Lumpur back in 1994. It was our first time playing outside of Europe, and in Asia!” 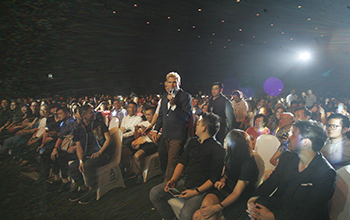 The band has made multiple memorable visits in Malaysia in the past two decades. On a night where sing alongs were expected, the crowd of all ages and background did not disappoint one bit. Even if you had no intention to hum along, you can’t help but start singing along to the songs that are ingrained at the back of your mind for so long now. It lifted and cleared hearts, as much as the acoustic part of the night played out. The highlight would be when Jascha walked along the aisle of attendees, decked out fully with body guards left right center, but fans still managed to take the elusive pictures and selfies together with him as he picked a special member of the audience out of the crowd to simply croon the lyrics to “I’m Gonna Be Around”. 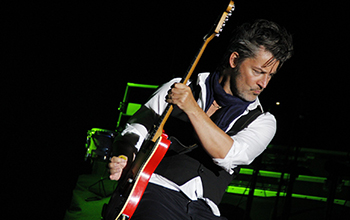 Throughout the night the acoustics around the venue sounded like honey to the ears while the lighting without being way too bold for the eyes added that extra special thrill to every song. The two side screens for high definition live feed were absolutely on par. The main screen in the middle however, had a number of glitches but you could certainly see that a hefty amount was spent into crafting eye catching animation for each track. I especially enjoyed watching the mini blast from the past documentary that was played during “Take Me To Your Heart”, the unforgettable rendition of Jackie Cheung’s song. 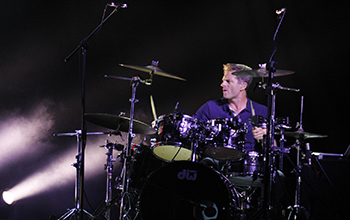 Even being in a ballad group would allow Mikkel Lentz a groovy guitar solo that was accompanied by drummer Kåre Wanscher for a mini jam out session. Jascha was charismatic in making little jokes here and there which included the interesting tidbit where they would also “makan nasi goreng” back home in Denmark. 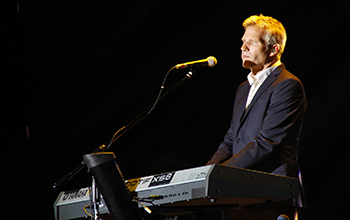 Before too long, almost twenty songs have been performed and it has come to the point where MLTR would leave for an encore, and to jump straight into “Paint My Love” when they returned on stage to much cheer. As the lights dimmed at Mega Star Arena, the venue transformed into a beautiful reflection of the crowd holding up their mobile phone flashlights as they sway and sang along. It was a fitting gesture where the crowd would now feel collectively as one before the band sang the last song of the night, “That’s Why (You Go Away)”. Receiving a standing ovation from their beloved Malaysian fans, MLTR took a bow and walked away from the stage, fingers crossed not for the last time in Malaysia just yet.

Come back for your thirtieth anniversary, guys.