To Malaysians, May 1st is known as Labour Day and lucky for us, this year it falls on a Monday, providing us all with a long weekend to unwind. May 1st 2017 is also the day which held Malaysia’s very first Rock the Underworld festival, a spin-off of Fat Boys Production’s annual Rock the World festival. As amazing as Rock the World’s line up is every year, Rock the Underworld’s line up does not disappoint as well with four international bands; Crystal Lake, I See Stars, The Word Alive, and Unearth ready to kick off what would hopefully be another annual festival for fans of the scene to look forward to.

As per announcement and promotions, the festival was scheduled to begin at 4pm at the legendary Chin Woo Stadium, where it has housed shows by Pierce the Veil, Sleeping with Sirens and Mayday Parade in the past. However, due to unforeseen circumstances, the festival was delayed and fans were only allowed access into the venue at 7pm. Despite the hiccup, fans were seen waiting eagerly in line whilst enjoying themselves to food and beverages provided by the various food trucks available. 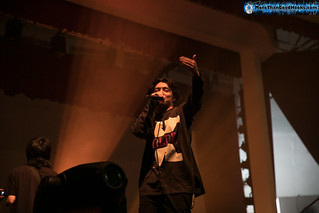 Half an hour was all it took to fill up the venue and without further ado, Japanese metalcore band, Crystal Lake took the stage, with the highest energy they could muster. The crowd went nuts after the long wait and their set was like a fresh breath of air. It did not take long for a most pit to open and many were seen two-stepping as they performed. The band opened the show with “Alpha” followed by “Omega” and “Six Feet Under”. Mid-set they asked the crowd if they know of the band Limp Bizkit which caused an uproar as they continued by performing a cover of Limp Bizkit’s “Rollin'”. It was a crowd favourite. Even the people sitting at the sides of the venue were seen rocking along. They ended their set with a promise of returning to Malaysia in the near future and played “Prometheus”. 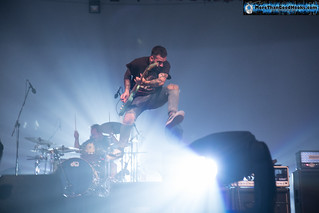 Second band to take the stage was The Word Alive, the quintet metalcore Malaysian fans were excited to see as many has taken it to Twitter to invite the band to come and perform in Malaysia over the years. With an acknowledgement to that by the frontman Tyler “Telle” Smith, they started their set with “Dragon Spell”. Just when I thought the crowd was loud for their first song, the second song “2012” was even louder! Fans cheered and requested for songs in between performances. Most requests were for the song “Life Cycles” which towards the end of the set, the crowd’s demand came true. Every person at the venue screamed and jumped, keeping the energy at an all-time high. At the end of the performance, they announced that the next two songs would be their last but promised to return with a full set in the future. They ended their set with “Overdose” and “Trapped”. 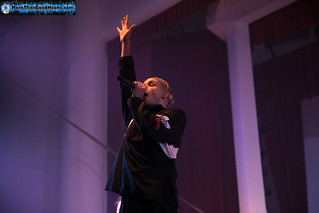 With a burst of gold confetti, I See Stars performed next. Fresh from their show in Singapore the day before, they opened their set with “Running with Scissors”, from their latest studio album Treehouse. Though they have just been in three countries in three days at the start of their Asian tour, they were far from tired and this is evident in their performances. Next songs were “All In”, “Mobbin’ Out” and “Filth Friends Unite”. Known for the genre electronicore, Andrew Oliver, the band’s synthesizer and programmer then performed a quick DJ set which immediately followed by the song “Violent Bounce (People Like You)”. Moshers did not wear out one bit, making the mosh pit bigger as more people joined in. They ended their astonishingly fast-paced and fun set with three songs from the album New Demons – “New Demons”, “Ten Thousand Feet”, and “Murder Mitten”. At the end of “Murder Mitten”, the frontman, Devin Oliver stepped down from the stage and stood on the barricade as gold confetti shoots out from the corners of the stage. It was my personal favourite set of the night. 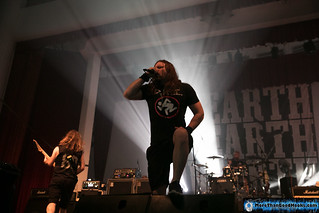 Not long after, the banner of the band Unearth was hung and chants started to fill the stadium. Hailing from Boston, Massachusetts, they are known to be one of the pioneers of metalcore. This is their third visit to Malaysia as they were here for Rockaway Festival 2012, and for a headlining show in 2015 on their Watching The World Tour. They started their set with the song “Giles” and the most pit turned into the biggest of the night. Everyone was head-banging and singing along to every song. They continued the show with “Watch It Burn”, “Endless”, and “Sanctity of Brothers”. Never once the energy of the crowd went down and the response was much more compared to the first time they performed in Malaysia. They ended their set with a promise to return before playing “Zombie Autopilot” and “My Will Be Done”. It was an amazing kick-start to a legacy of Rock the Underworld in the years to come!