The Singapore Jazz Festival 2014 may appear quite foreign to many as the music genres of the majority as usually narrowed down to pop, rock, or even indie music where you find streams of the younger generation spending a night, glorifying their favourite bands. It’s high time that we gave some attention to our veteran music goers, too. With Timbre Rock and Roots taking a break in 2014, the Jazz Festival could not have made its debut at a better time to cater to the fans of this music variety.

The inaugural Jazz Fest had artists hailing from different countries coming together for performances at the Grand Theatre and Event Plaza from 27th February to 2nd March. The line up consisted of musicians whose names and songs we often hear of in this genre, including soul, and folk singers. Local talents also shared the spotlight, performing at three different stages in the vicinity.

It was a four day event, and I had the chance to attend and witness the shows on its third day. It was a new venue which many people may be wondering or more so, skeptical with the establishment of it as this festival is known to host the big names in the industry, but a breath of fresh air is always good. The venue was situated outdoors, right next to the pier. 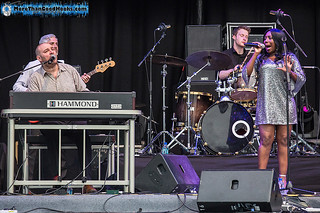 James Taylor was the opening act of the night, taking the piano seat along with his band, who make up the quartet. A sultry jazz performance to kick off the evening it was, as he was accompanied by Yvonne Yanney on vocals. Many were in awe of her voice that got the crowd swaying their head in cohesion with the music. It certainly was a pleasant start to the rest of the show. 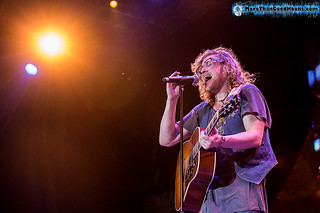 The new kid on the block, Allen Stone, whom I happened to stumble upon on in an episode of Mahogany Sessions on YouTube, proved to be better with his live performance. The 27-year old musician insisted that everyone got on their feet and dance to the music instead of enjoying it while seated down. Not only a talented performer, Stone was also a terrific entertainer. While I was not familiar with most of his catalogue, his songs were definitely easy listening or more so, my kind of music that I enjoy listening to over and over again. 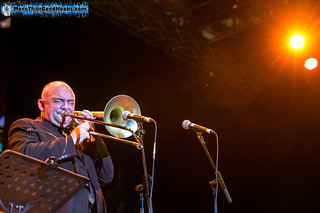 James Morrison, not to be confused with the English singer-songwriter who sang “You Give Me Something”, was up next. The Australian jazz musician appeared on stage, clad in his suit as he greeted the crowd with his trumpet. It was amazing how the audience roared at his entrance, and I am surprised how I had not know of him prior to this festival. He included a back story about him learning the piano and how initially, he did not quite enjoy it. As the years grew, he stumbled upon a piece that caught his attention and started playing piano again. He added how he was making up for all the lost time but funnily, he was only about seven or eight years old then! He proceeded to serenade us with the said piece, along with a couple of other songs. It was a great toned down performance after Allen Stone’s energetic set. 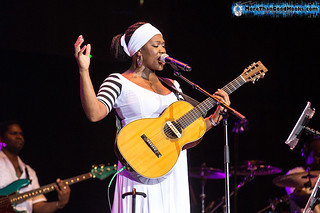 The night was sealed by the beautiful voice of India Arie. Known for her vocal prowess, the Colorado native wowed fans with her popular numbers “The Truth” and “Brown Skin”. I wondered how could a beautiful voice be exuded from such a lady and then I understood when she said “listen carefully to the lyrics”, only then did I realize that sincerity makes a count for it. How she was able to deliver her songs flawlessly says it all.

It was definitely a wonderful experience to be witnessing such amazing live arts, and a much welcomed break to the week. I look forward to attending more of such festivals in the future!