A five-year wait, which culminated in a 20-year anniversary tour and their debut studio album Tell All Your Friends in its entirety. That’s just a gist of how it all went down on Saturday when the gentlemen in Taking Back Sunday graced the stage.

The setlist consisted of 27 songs, which is, in itself, a feat, considering the regular setlists of today usually run for about 18 before the band retreats backstage. But there really is nothing regular about the scene legends from Long Island, New York, is there? 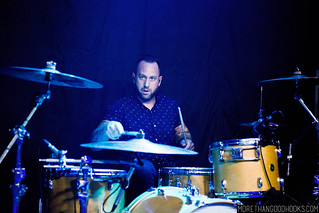 Made up of Adam Lazzara on lead vocals, John Nolan on lead guitar, Shaun Cooper on bass, Nathan Cogen on guitar and keyboards, and Mark O’Connell on drums, the guys paced themselves, and took us all the way back to 2002, when we still had that fiery angst running through our veins.

Apart from every song off their first studio effort, they also included a brand new one off their compilation album, Twenty, titled “All Ready to Go”, and their more recent favourites like “Flicker, Fade”, “You Can’t Look Back”, and “Tidal Wave”. It was different seeing them embrace the first songs they wrote together, seeing how most artists tend to shy away from them. But they did the exact opposite, and wore them all like a badge of honour instead. 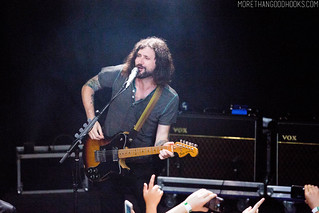 Adam very obviously stole the show, with his streak of flamboyance pairing so well with the utter fervor with which he sang the songs, as if the memories were still raw and difficult to go back to. Despite this, he strutted the tiny stage with that swagger he embodies, his hair in his face (akin to fellow rockstar Dave Grohl), and owned every lyric.

Characteristic of the hunky frontman, the mic swinging antics were on display throughout the show, and somehow, Lazzara always had it right back in his hand in time and ready to deliver his swoon-inducing vocals. 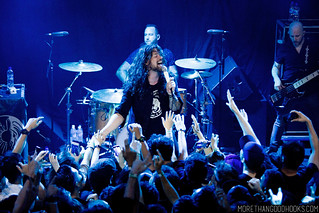 They also made an effort to chat and joke with the crowd, Adam always initiating, in his charming and slightly slurred Southern drawl. “The fact that we can share this moment, this time, these hours, and get lost together, is something very special to me, and it’s something that we do not take for granted, so thank you very much for being here. Thank you for letting us be here,” the frontman mentioned, before diving head-first into cult favourite “MakeDamnSure”, off their third studio album, Louder Now. 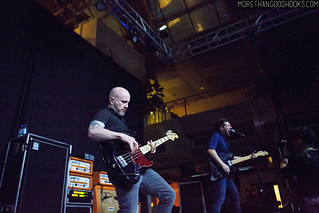 From the band obliging to play “New American Classic” after much pleading by a bunch of people in the audience – it also saw Adam on guitar for the first time that night – to the level of intimacy we all felt in that small room, to the way the guys gelled so well together (especially Nolan and Lazzara, with their iconic call-and-response vocals), it was all a little overwhelming, but in the best way.

All in all, it was a night of pure nostalgia, a tribute to our past selves, the mistakes we made, and the memories we choose to keep, set to the sound of heartbreak and betrayal.

I don’t know how you did it other than you did, Taking Back Sunday.