As the last notes of Wham!’s “Wake Me Up Before You Go-Go” came through the speakers and by the time Tegan and Sara began to perform the first song on their setlist, the crowd had already gotten out of their seats. This was the beginning of the much-awaited return of the beloved pop duo, whose first show in Singapore was in 2013. 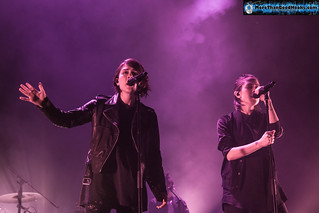 The Canadian pair performed a good mix of both old and new favorites, which spanned several genres, from alternative, to indie rock to pop. The Quin sisters, who were only 19 years old when they signed their first record deal, managed to segue effortlessly from dance pop poignance into mellow, heart-wrenching ballads and maneuvered through their discography spanning 17 years with grace. Although their music has evolved over the years from their acoustic guitar and folk/indie roots to being more synth-heavy and dancy, the identical twin sisters managed to retain the ability to connect meaningfully with their listeners by injecting sincerity and lyrical honesty into their songwriting, all whilst dealing with thematic universals. 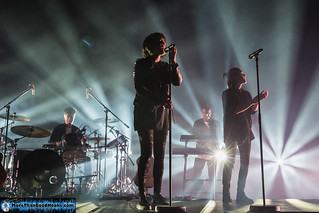 Besides the musical ingenuity of Tegan and Sara Quin, their onstage banter was a definite highlight, and managed to fill the spaces between squeals of excitement and pin-drop quiet between songs. Tegan was the more talkative one, going off at a tangent about their experiences on tour. Their humorous and quirky anecdotes didn’t ever seem forced or garrulous and they pulled off an enviable balance of precision and emotion. Almost like an intimate soirée, complete with boisterous laughs, storytelling and dimmed lounge lighting, Tegan and Sara made a valiant effort to break down the barrier between artist and audience. 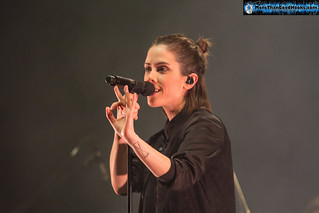 Despite…messing up the lyrics in “Now I’m All Messed Up”, Sara pulled through with charm and soldiered on as the crowd continued to cheer and encourage her. The interaction between them and the audience was a spectacle in itself and it was more of a hangout session than anything else. At one point, both Tegan and Sara jumped off stage to take a selfie with Min, who caught Sara’s attention with an Instagram post of her head shaved with the hashtag #LY2D (Love You to Death)! 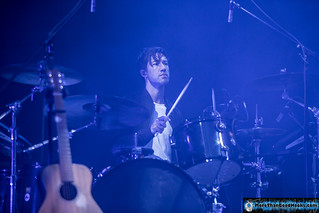 The twins weren’t alone though. Their bare-bones approach was supplemented by drummer, Brendan Buckley and keyboardist, Gabrial McNair. Together, their energy and pizzazz heightened the intensity of the entire performance, which was grounded by airtight harmonies, projected with crisp definition and clarity and mushroomed throughout the evening into a spectacular display of sheer artistry. 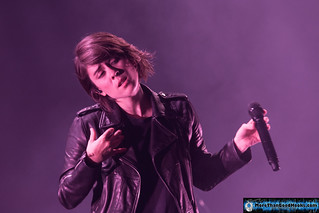 “Boyfriend”, the lead single off of their eight studio album, Love You to Death, was inspired by Sara’s current girlfriend, who was still with a male partner when they met and had never dated a woman before. It’s a love song written by a woman for a woman. Love You to Death saw the twins, who are both openly gay, ditching gender-neutral pronouns for “she” and “her”. Despite how personal those songs are, they are continuously interpreted and reinterpreted to resonate with each person individually and the relatability factor of Tegan and Sara’s music never fails to prove that emotions are universal no matter which team you bat for. 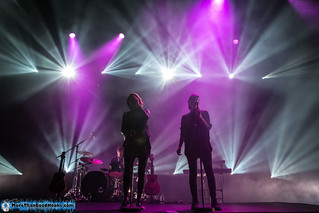 A clear crowd favorite, “Closer” was responsible for propelling the band further into mainstream popularity and resulted in their first time charting on the Billboard Hot 100. It also peaked at No. 1 on Billboard’s Hot Dance Club Songs chart. It left many audience members, especially those further at the back, sadly mouthing to the words “all I want to get is a little bit closer”. The track, which is taken off their seventh studio album, Heartthrob, was undoubtedly polished to a dance pop shine and is full of undeniable hooks. 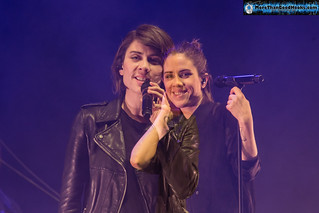 After heading backstage, the sisters reemerged to start the encore with the esoteric and almost-pleading and moody “Dark Come Soon”. There was a noticeable uptick in decibel level when the first sounds of “The Con” reverberated throughout the grand venue. These two songs, which come off their fifth studio album, The Con, never seem to lose their relevance despite being released some nine years ago. 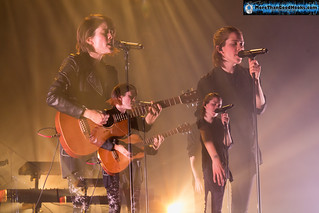 The night was undeniably an exhibition showcasing Tegan and Sara’s overall excellence, which is anything but a flash in the pan. And no matter how many different directions they may want to take their music in the future, their fans know better than to treat them like they’re oh so typical.