We the Kings came, they saw, they conquered. Every fan in sight were blown away by the captivating performance they provided for us last Wednesday night.

The night started with opening band ORANGECOVE working hard to get the crowd going. Their hyped up energy was infectious as everyone jumped and danced to their songs, leaving everyone in high spirits and pumped on adrenaline by the end of their set.

After waiting for the longest half hour of these We the Kings fans’ lives, the boys finally stepped on stage like the rockstars they are, with their fans screaming out for them. It was quite a sight to witness such a warm welcome for this tiny band hailing from Florida. 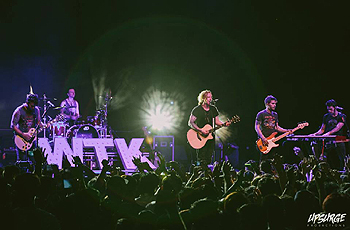 The band kicked it off with “Queen of Hearts”, an upbeat and danceable number which was reciprocated by the crowd with loud cheers and wonderful attempts at dancing, which Travis Clark, the lead vocalist, appreciated and encouraged more awkward moves. At one point, he climbed down the stage to get up close and personal with the fans, getting almost “sexual” with his dance moves as everyone started grabbing onto him.

The band played a mix of singles from their previous albums and their latest album, Somewhere Somehow, including tracks like “Skyway Avenue”, “Secret Valentine”, and “Any Other Way”. The most touching and heartfelt moment was when the guys played “Just Keep Breathing”. While Travis explained how it was the most important song they had ever written, the rest of the band nodded in agreement to acknowledge the insightful fact. You could see a whole different side of them in that moment, and it was nice that they would share a moment like this with their fans. As the first notes to the song played, the crowd was all ready to jump in and sing along with Travis. Mid song, they went acoustic and got the crowd to get their phones out to shine their lights in the darkness of the Hard Rock Coliseum. It was quite a sight. That was a moment to remember. 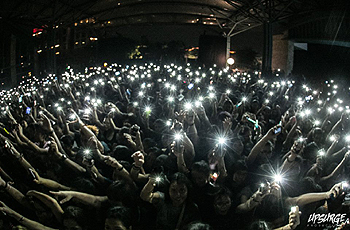 The band then broke into other crowd favourites like “Say You Like Me” and even a surprise cover of Jimmy Eat World’s “The Middle”. That got the older kids going and screaming their lungs out to every word. As the band left the stage, the crowd went crazy, screaming for more. After a few minutes of chanting the bands name, the band came back out to play “Stay Young” and a medley of “Sad Song” for their encore. 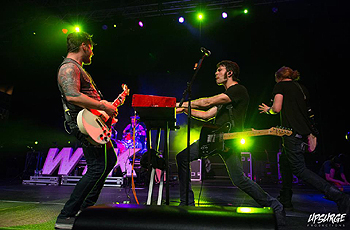 Then of course, there was the inevitable “Check Yes Juliet” to close the night. That got the crowd moving like none other. Everyone from the front to the back rows jumped and sang along as the band members ran around from one side of the stage to the other. Everyone who was present in the Coliseum went nuts; it is after all, the song that shot them to fame. The night ended in high spirits as the band stated their gratitude and appreciation for the warm reception. 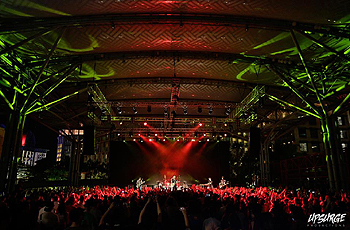 Who would have thought a tiny country like ours could create such a huge impact on a major league band like them. Maybe it is the fact that we are on the other side of the world that caused them to realize how wide their influence can be. Either way, their legacy was solidified in the hearts of those who were present that night at the Coliseum.