The first time Yellowcard played in Singapore was in 2012, when they were touring their seventh studio album, When You’re Through Thinking, Say Yes. Opening that year was also The Summer State, who has managed to worm their way into everyone’s hearts with pure passion and dedication to their craft. 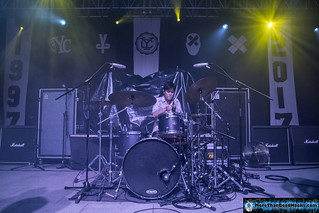 Their 30-minute set, which started with drummer Ritz Ang killing it behind the kit, saw them blaze through fan favourites like “I Do, I Don’t” and “Love, That’s What They Call It These Days” as well as a new song, “Gone”. It was truly a full circle kind of moment. Everything seemed to fall into place, with fireworks going off at one point, marking a conclusion to an explosive performance.

Working quickly after the homegrown heroes left the stage, crew members taped setlists to the floor and stuck picks onto mic stands all whilst the crowd sung along to the scene’s mainstays like Fall Out Boy’s “This Ain’t A Scene, It’s An Arms Race” and Taking Back Sunday’s “Cute Without The ‘E'”. It wasn’t long before a technician signalled that everything was ready and the lights dimmed. 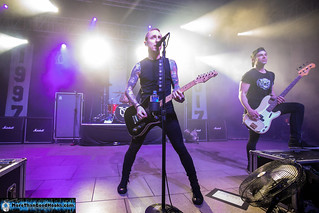 Opening their set with the anthemic “Believe”, the Floridian legends began to rip from the very moment they stepped on stage and managed to put a bow on an astounding career the best way possible. The band, which is currently embarking upon the last quarter of shows on their final world tour, mentioned that Singapore was on the top of the list when they were deciding which stops to make this time around. 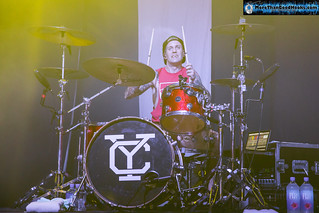 Made up of vocalist and guitarist Ryan Key, violinist and founding member Sean Mackin, lead guitarist Ryan Mendez, bassist Josh Portman as well as touring drummer Jimmy Brunkvist of Swedish alt-rock band, Like Torches, Yellowcard continuously proved why they’ve been such an inspiration to so many musicians out there. It is no wonder that they were recently honoured with the Vans “Off the Wall” Award for creative expression at the APMAs. 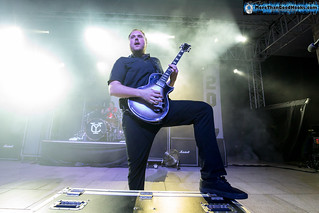 Song after song, diehard Yellowcard fans were graced with an electrifying display of pop-punk poignance. Their setlist was harshly punishing and laid-back in equal measures and included an acoustic rendition of “Empty Apartment”, which became a heartbreaking duet between Ryan and Sean. Even though Singapore was only the fourth stop on this leg of the tour and one of two Southeast Asian dates, they performed like it was their last.

The Jacksonville natives managed to play a mix of songs covering most of their albums, including three off their tenth and final self-titled release. This band’s relationship with their fans entails the kind of connection that fosters lifelong love and admiration. And all of them made sure that we knew we were appreciated. 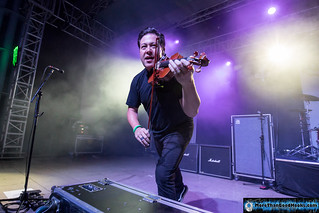 “Always Summer”, one of two songs that they performed off their eighth studio album, Southern Air, saw the epic violin insanity that we will all truly miss. The founding member masterfully commanded the bow and engaged in unrestrained fun, bouncing off the audience’s energy and even backflipped off an amp during “Cut Me, Mick”. I mean, there’s the Brendon Urie backflips and the Josh Dun backflips but I’m pretty sure Sean Mackin is the real OG when it comes to gravity-defying airborne somersaults. Everything was perfect – the setlist, axeman Mendez’s face-melting guitar solos, Ryan’s flawless vocals, Josh’s unsinkable bass hooks, Jimmy’s all-around badassery. 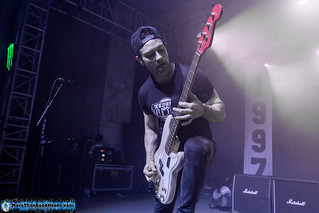 Then came the speech that broke hearts but also provided for some much needed closure. We were enlightened to the fact that the decision to make a final album and go on a final world tour came about two years ago (can you hear my heart shattering into a billion pieces?).

“But what I do wanna tell you is that while this is a sad occasion, it’s also an unbelievably happy one because we are all here tonight to do this one last time together and you guys have got to know how grateful we are that you have brought us here to this beautiful place time and time again,” Ryan expressed genuinely.

The fact that both of the songs they performed for the cohesive finale come off their pivotal fourth studio album, Ocean Avenue, is testament to how much the record cemented their legendary status, at least in my books. In fact, their entire discography and their ability to transcend genres and experiment sonically is admirable, to say the least. Yellowcard’s music has been a lot of things – the soundtrack to everyone’s summer, a comforting embrace after you’ve hit your lowest low, a reassuring pep talk about how negativity will get you nowhere.

Yes, it does hurt when we think about you, but thank you for choosing to go out this way because sometimes, all we need is a chance to say goodbye properly. 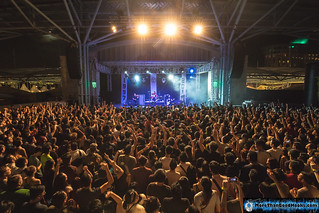 “We’re gonna miss you more than you could ever possibly know,” the frontman declared, as the night came to a bittersweet end. The feeling’s mutual, my friends.

On a personal note, I saw my favourite band for the third and last time and all I have to say is I loved you first, I love you still, and I always will.